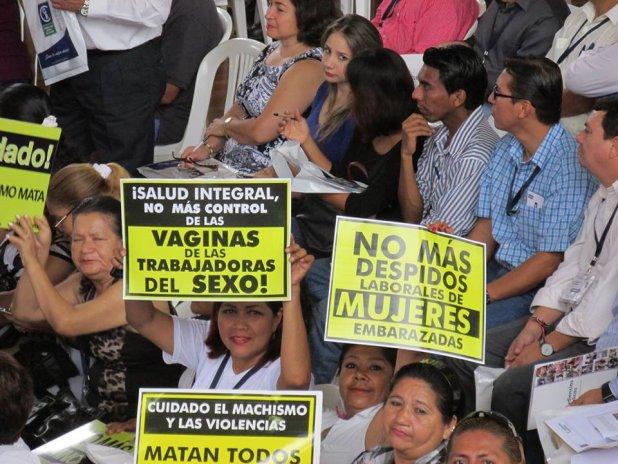 Somaly Mam, former executive director of the Somaly Mam Foundation (SMF), who was forced to resign from her position within the organisation in May 2014, due to allegations that she had deliberately fabricated key aspects of both her personal history, and those of the children being cared for by her organisation for explicit financial gain; has been officially banned by the Khmer Government from running another anti-trafficking NGO.

Launched in September 2013, New York’s Human Trafficking Courts (HTICs) are the first statewide human trafficking intervention within a justice system in the United States. The courts function as a “diversion” programme by connecting those arrested for prostitution to mandated social services rather than incarceration. Defendants who complete a mandated programme can have their case dismissed and sealed, provided that they are not rearrested within six months.