Article by VAMP (Reproduced from FeministsIndia.com) 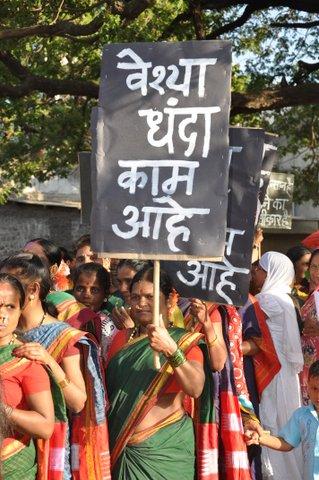 Either reviled or pitied by the state, society and social workers, sex workers – female, male and transgender – have now dared to break out of the victim mode and demand that they be seen as real human beings with rights, needs, fears, hopes and aspirations, just like anyone else. After decades of struggle, they are now slowly beginning to be recognized as persons and citizens.

Till date, for feminism, prostitution has symbolized oppression, victimization and the exploitation of womanhood. Feminism looks at prostitution through the framework of a rigid understanding of patriarchy, viewing it as objectifying women’s bodies, and as the commercialization of sex. Hence, for feminists, prostitutes are victims of unequal power relations between the sexes. No ‘real’ woman will agree to do sex work because if she does so she is living under the illusion of ‘false consciousness’. We hear activists talk of prostitution as ‘female sexual slavery’ and ‘sexual victim-hood’. These perceptions echo the early reformist discourse, which views women as needing to be protected, preferably by laws, from lustful men.

A complex issue that has troubled feminists is the question of consent. The women’s movement has raised the issue of consent in sexual relations mainly within the domestic / marital sphere. In prostitution, adult women consent to exchange sexual services for money, but this is disputed and the ability to consent is contested.

This is because feminism posits prostitution as violence, which forecloses any discussion over whether women can actively choose sex work as a livelihood option. Many women report entering sex work because of ‘majboori’ or difficult circumstances, mainly poverty, and this leads them

to think of sex work as a way of livelihood and thus work. But, without finding out the multiplicity of experiences, feminists have held that women are trafficked into sex work because of their vulnerability as women. Here, exchanging sexual services for money [sex work] is conflated with selling of a body to another [trafficking].

The basic tenet of anti-trafficking rhetoric is that bodies are unwillingly ‘sold’ and transported across borders. This dovetails perfectly with the feminist argument that prostitution involves no choice and is the major cause for trafficking. Trafficking is not viewed as an issue of poverty that causes many women to willingly enter into agreements with traffickers because they desperately seek livelihoods, escape from home-grown violence, poverty, conflict, or displacement – in short, a better life.

The movement to stop trafficking, by feminist and other groups favoring abolition, is therefore framed as the necessity to stop prostitution.The debates around trafficking also bolster the idea of sex work as violence. Violence against women (VAW) has focused on domestic violence, rape, sexual harassment, acid throwing etc. When VAW is conflated with sex work, it becomes difficult to see the wood for the trees.

For example, most sex workers report that they experience violence and exploitation by and large at the hands of police and petty local thugs, rather than in sexual relations with clients. It is conveniently forgotten that a greater incidence of VAW occurs in marriages than between sex workers and their clients. Violence that does occur within the field of sex work is used to justify severe action against the sex work industry such as closure of brothels and ‘clean ups’.

The casting of the prostitute as the victim has engendered several positions on prostitution. Because women are conceptualized as ‘slaves’, one approach is to put a stop to prostitution in the literal sense – by demolishing it. The State and other establishments, such as NGOs, often use this abolitionist approach. 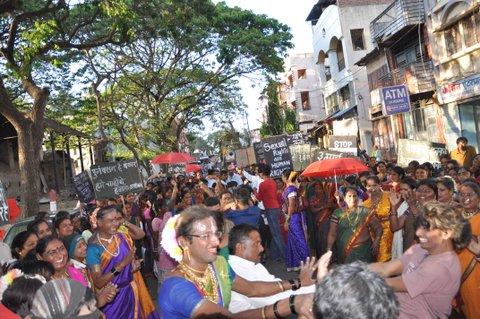 Reformism, another feminist position, posits that women in prostitution need reforming because, as women who do sex work, they have no ‘character’. Rescue and rehabilitation strategies are used here. The assumption is that women need saving from sex work and then rehabilitation by giving them alternate jobs.

A third strategy, the regulatory approach, relies on laws. This does not take the stand of banning prostitution but rather accepts that prostitution is here to stay and needs regulation. Laws like the Immoral Traffic Prevention Act 1956 (ITPA) in India is a reflection of this approach.

Yet another approach is the rights-based approach – which is silent on the merits or morality of sex work, per se, but contends that women in sex work should have the same rights and entitlements as any other citizen, and the State must act as the duty bearer of these rights.

In India, prostitution is neither legal nor illegal. It has no status. We consider sex work as work, as a business, and do not consider ourselves as either criminals or victims.

In order for the stigma of discrimination to end, and fundamental rights extended to us to carry out our livelihood, societal perception must be transformed. To make the big change happen, small steps must be taken. To speak, to stand up and be counted is a step forward in the campaign for rights – the right to dignity, to work, to earn a livelihood, to education, to health and leisure – rights that are available to all citizens.

VAMP ( (Veshya Anyay Mukti Parishad) based in Sangli, Maharashtra is an organisation for sex workers.