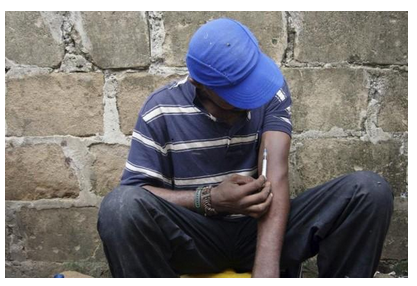 Homophobia is widespread across Africa and men who have sex with men in Tanzania face a jail sentence ranging from 30 years to life. But the Tanzanian government has committed itself to reduce the stigma attached to marginalised groups and to work towards the decriminalisation of same-sex intimacy and sex work.

“The government’s HIV policy can’t succeed if police are driving away the very people the public health programmes most need to reach,” Neela Ghoshal, a HRW researcher said in a statement.
Researchers found that sex workers, sexual minorities and drug users were arrested and detained for days on end, beaten and raped by the police. Officers gang raped children as young as 12 years old.
“I have had sex with policemen many times so I cannot even remember how many,” Halima, a sex worker, told HRW. “He catches me, he wants money, but I do not have money so he will force me to have sex with him.”
The police have a duty to protect such vulnerable people, not expose them to hatred and bigotry, HRW said.
EYES BURNED OUT WITH ACID
One drug user had his eyes burned out with acid by about five policemen.
“They put chains on my arms and legs and pushed me down. I saw a syringe with liquid inside,” he told HRW. “First he injected my right eye, and then the left one… I felt like my eyes were burning.”
A man who was trying to organise a health seminar for men who have sex with men was arrested, beaten and detained for two days. When he sought medical treatment, the hospital told him that he must first get a form from the police to show that he was a victim of assault. The police refused.
HRW identified dozens of cases in which health workers turned away sex workers, lesbian, gay, bisexual, transgender and intersex (LGBTI) people and drug users without offering services or they publicly humiliated them.
Jamal, a man who has sex with men, said a doctor refused to treat him for gonorrhea because of his sexual orientation. “He said: ‘You already have sex with men, now you come here to bring us problems – go away,” Jamal told HRW.
Such abuse drives these high risk groups underground and away from HIV services, said the report “‘Treat Us Like Human Beings:’ Discrimination against Sex Workers, Sexual and Gender Minorities, and People Who Use Drugs in Tanzania”.
HRW and the Wake Up and Step Forward Coalition interviewed 121 members of at risk groups, as well as government officials, service providers and academics.
Region
Africa
Tags
human rights
community-based organising
community-based organising
sex workers who use drugs
male sex workers
law enforcement
Share to Facebook Share to Twitter Share to Pinterest Share to Email