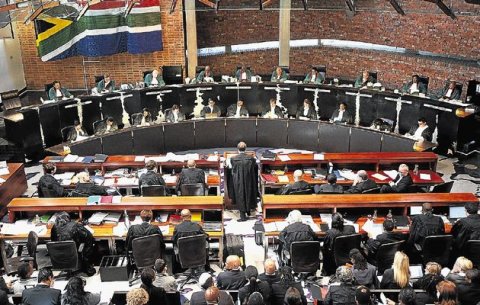 In August 2001, massage parlour owner Ellen Jordan and two of her employees, Louisa Broodryk and Christine Jacobs, appealed to the Pretoria High Court for the constitutionality of the Section 20 (1)(a) of the Sexual Offences Act (1957) which states that sexual intercourse between two persons of the opposite sex who are not married is an offence only if it is practised "for reward" by a person. They also argued that the Act was gender-bias as it penalises the sex worker (predominantly female) and not the client (often male). The appellants had been convicted by a Magistrates’ Court for contravening this Act.

The following year (2002) the appellants then appealed to the Constitutional Court of South Africa, arguing that the brothel provisions should be found to be unconstitutional. They also argued that the High Court order invalidating the prostitution provision should be confirmed.

In October 2002 the Constitutional Court handed down the seminal decision, Jordan v. State, which upheld the constitutionality of criminalising unlawful sexual intercourse for reward under section 20(1) of the SOA as well as the brothel keeping provisions. The judges found that the Act did not discriminate because it applied to both male and female sex workers, and was therefore gender neutral. It should be noted though that the Court was tightly divided six to five in holding the prostitution provision valid.