Chouf Minorities is formed in Tunisia 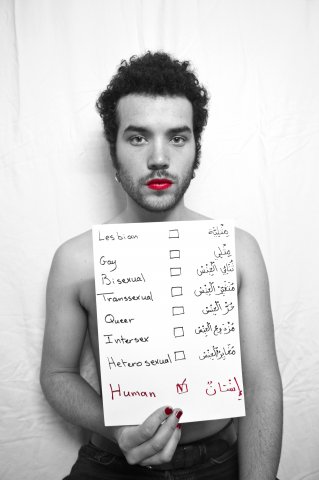 Chouf Minorities is a feminist organisation advocating for LBTSW women’s bodily and sexual rights in Tunisia. It was formed in 2012, and officially registered the following year. The NGO’s main objectives are empowering, building and creating positive visibility for women with non-normative sexualities. Chouf aims to ‘break the image and label of “sexual minorities” given to us by civil society and the “criminal” one by the government’, said the President of Chouf, Khouloud Mahdhaoui. Chouf defines women as everyone who biologically, socially or politically self-identifies as a woman.

Chouf is made up of a group of activists who rely on audio-visual material in their advocacy work. The NGO believes that these audio-visual tools are the most pertinent and effective means of challenging stereotypes and prejudiced views about LBTSW women in Tunisia. On 17 May 2015, Chouf hosted the Festival International D’Art Féministe De Tunis [video], an international queer feminist art festival, which was organised and designed solely by LBTSW women. The festival received 74 participants from 15 countries.

The organisation calls for the decriminalisation of sex work, as it recognises it as a legitimate profession. Chouf offers self-defence, language and skills development workshops for sex workers. It also advocates for the gender of trans-sex workers’ to be officially changed, as this group currently faces arrests under both the homosexuality and sex work law. Their main challenge is forming solidarity with Tunisia’s civil society, as most human rights and feminist NGO's are predominately abolitionists.