International Committee on the Rights of Sex Workers in Europe (ICRSE) 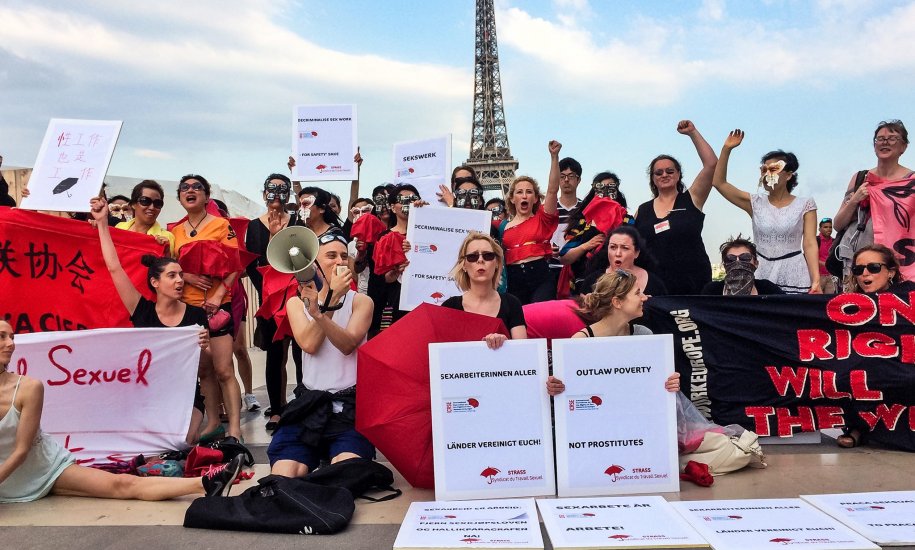 Beginning in 2002, a small network of Dutch sex workers and activists gathered in Amsterdam to organise a conference that would give sex workers an opportunity to respond to the proliferation of repressive new legislation and policies being enacted throughout Europe. In 2003 the group, Sex-work Initiative Group Netherlands (SIGN), approached sex workers and allies across Europe and invited them to join an organising committee which would raise funds and host a European conference on sex workers' rights.

The response was enthusiastic. The committee registered a foundation—the International Committee for the Rights of Sex Workers in Europe.

The purpose of this conference was established: develop a set of tools which could be used by sex workers to defend and extend their human, labour and migrant rights at home. These tools would include a manifesto — a list of demands for rights to which sex workers should be entitled; a declaration of rights already defined under existing international agreements and treaties; and a list of recommendations determined by delegates while at the conference

On October 15 -17, 2005, delegates from across Europe convened to polish and endorse a sex workers' manifesto listing demands agreed upon by sex workers living and working throughout Europe, and a declaration of the rights to which sex workers in Europe are entitled under international law. More information about the origins of ICRSE and the Conference are available on our website.

ICRSE currently includes 105 organisations in 30 countries, from Iceland to Kyrgyzstan, Malta to Israel. 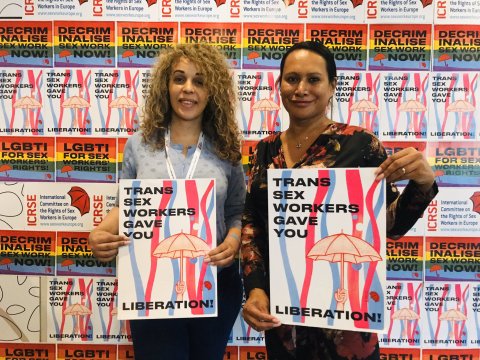 The landscape of sex work in Europe varies from country to country, from direct criminalisation to some countries having partial regulations and contradictory and exclusionary bureaucratic requirements, to the Swedish Model of client criminalisation.

ICRSE approach sex work from an intersectional labour and human rights perspective and has developed a series of reports focusing on the relation between sex workers and other social groups (LGBTI, migrants, women) or rights (health, labour).

Our work focuses on two main areas: building capacities of members and advocating at national and regional level. To strengthen its membership, ICRSE offers financial and technical support, coordinates events such as trainings, conferences and convenings where members can meet, share knowledge and information and learn from one another. ICRSE also advocates for the inclusion of sex workers in various policy platforms, in particular in regards to access to health and justice. Violence and discrimination against sex workers is present at all levels of European society, from direct physical violence to structural exclusion in decision making. 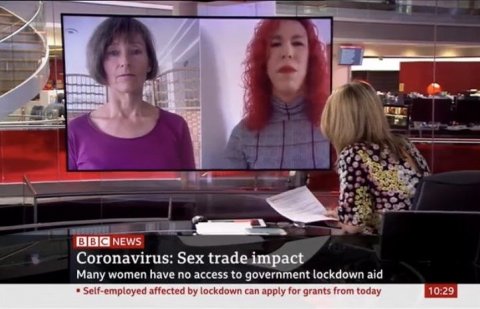 The majority of our board members, staff and consultants are sex workers or former sex workers and we strive to include sex workers from diverse social groups, including those most marginalised such as trans or undocumented migrant sex workers. Sex worker-led organisation members of ICRSE vote annually for our Board and are consulted on the development of our Strategic Plans.

ICRSE recently implemented its most ambitious project titled ‘Rights not Rescue: empowering migrant sex workers to address exploitation and trafficking’. Through this programe ICRSE was able to work with 12 organisations in 10 European countries, providing them with financial and technical support. The programme started with an initial convening in Brussels in February 2019 where all the partners met to exchange on local situations and develop national work plans. Over the next 18 months, each organisations implemented their own activities and also participated in ICRSE first research project, interviewing migrant sex workers victims of crime, exploitation or trafficking. The interviews were gathered and analysed in our report ‘Undeserving victims?’ which was launched during a webinar in November 2020. Sex workers, allies, Members of European Parliament joined the webinar to demand that sex workers’ access to justice be ensured without discrimination.

COVID-19 created many obstacles to the project as all national partners faced very urgent situations providing support to sex workers made very vulnerable by the pandemics and the related measures such as lockdowns, travel restrictions and exclusion from economic and social benefits given to other workers.

Whilst many international organisations such as Amnesty International or WHO are calling for the decriminalisation of sex work, European national governments continue to favour the failed Swedish model. This model impacts not only the everyday lives of sex workers, increasing their vulnerability to violence and HIV but also further excludes sex workers and their organisations from national policy-making and funding.

The increasingly repressive migration regimes both at national and European level will also continue to impact sex workers, in particular those undocumented. Recent political developments point to further punitive approaches to both sex work and migration. However, these threats only reinforces our commitment to fight for all sex workers!

Does the organisation have a message for the sex worker rights movement?  What about for people outside of the movement?

The sex workers’ rights movement is intrinsically linked to other social and economic justice movements, in particular movements that fight for the rights of women, migrants, black and people of color, and LGBTI people. We must continue to fight for decriminalisation of sex work and stand in solidarity with other marginalised and criminalised communities, learning from one another and developing a united front to finally ensure social, racial and economic justice for all.