Sex workers in Namibia demand showdown with Kanime, and to pay tax 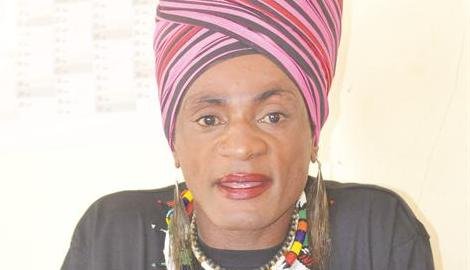 In May, Namibian sex workers called for City Police Chief Abraham Kanime to hold a round table meeting with them about a new municipal law, which would see both sex workers and clients being arrested. The sex workers said they don’t want a debate, but a dialogue.

This followed Kanime confirming to the Namibian Sun newspaper the month before that the new law would allow for the arrest of both clients and sex workers, and that it had already been approved by the City of Windhoek. The bylaw is currently being checked by the Ministry of Justice’s legal drafters, after which it will be gazetted.

Rights Not Rescue director Nikodemus Aoxamub, also known as Mama Africa, said the municipal law must be put on hold and all stakeholders must be engaged in proper discussions. Aoxmub said because Namibia is a democratic country, law enforcement officials should inform sex workers when they discuss important issues that could negatively affect thousands of Namibian families who survive from sex work.

Speaking at a media conference, Aoxamub said sex work should be decriminalised and seen like any other profession, so that sex workers can pay tax. “Sex work is a profession and government must decriminalise it, so that we can operate in a safe and conducive environment”, Aoxamub told media.

Speaking at the same media conference, Out-Right Namibia (ORN) director Linda Baumann said citizens should be able to decide what they do with their bodies and not government. “Everything is politicised in this country and that’s why sex workers and homosexuals are not given the space to talk for themselves. Why do the police not create a safe place for dialogue?”, Baumann asked.