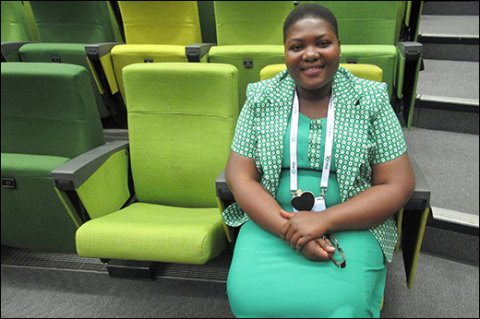 Daisy Nakato Namakula, the Executive Director of the Women’s Organisation Network for Human Rights Advocacy (WONETHA), presented at the 20th International AIDS Conference held in Melbourne (Australia), on 20-25 July 2014. Speaking at a plenary session titled ‘No One Left Behind’ [VIDEO] Nakato began her presentation on ‘HIV and Sex Workers’ by stressing, “I am very happy to be a sex worker and happy to speak for myself”.

Namakula then went onto address the abuses and barriers to HIV-related health services that sex workers encounter in her country, as the result of criminalisation. “Sex workers are facing a health and human rights crisis in Uganda, yet very little is being done to protect their rights. Criminalisation of sex work leaves sex workers particularly vulnerable to sexual and physical abuse from law enforcement officials and the general public”, Namakula told delegates. The Ugandan law criminalises both sex workers and other groups at high risk of HIV such as the lesbian, gay, bisexual and transgender community; and this is threatening progress in the global effort to fight AIDS.

In 2010 Namakula won a case against the Uganda Government Attorney General regarding police harassment – having personally suffered police brutality while conducting outreach services among sex workers at night.

This year’s AIDS Conference - themed ‘Stepping up the Pace’ - was concerned with tackling the issue of law enforcement policies and practices that often undermine the efforts of public health officials to reduce HIV transmissions. “Crucially there is the need to involve [Key Affected Populations] KAPs and address the stigma and discrimination which they face, including punitive government policies”, reads the Conference’s theme and objectives.

WONETHA is a sex worker-led organisation in Uganda, working to mobilise sex workers and form cohesive groups in which they can address HIV and AIDS.

Moderated discussion: the impact of law enforcement on human rights