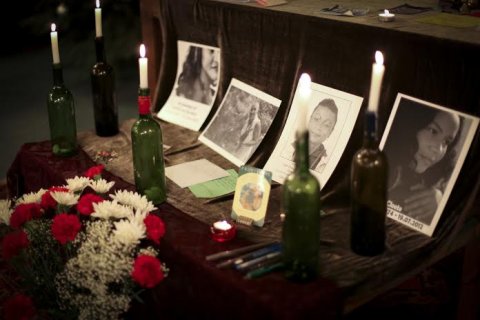 This day was created to call attention to hate crimes committed against sex workers all over the world. Inaugurated by Dr. Annie Sprinkle and started by the Sex Workers Outreach Project USA, the first annual day was in 2003 and was held as a memorial and vigil for the victims of the Green River Killer in Seattle, Washington. International Day to End Violence Against Sex Workers has empowered workers from cities around the world to come together and organise against discrimination and remember victims of violence.

When he confessed to murdering at least 49 women, most of them sex workers, Gary Ridgeway, aka the “Green River Killer,” stated that he chose "prostitutes" as his victims “because they were easy to pick up without being noticed. I knew they would not be reported missing right away and might never be reported missing. I picked prostitutes because I thought I could kill as many of them as I wanted without getting caught."

A memorial organised by Annie Sprinkle and SWOP-USA founder Robin Few was attended by between 60 and 80 people. The memorial was held on the lawn of San Francisco City Hall on December 17th, 2003, the date of Ridgway’s conviction. Since then, December 17th has become known as the International Day to End Violence Against Sex Workers and has been observed annually in scores of cities across the world.

In a public letter, Annie Sprinkle wrote: “Violent crimes against sex workers go underreported, unaddressed and unpunished. There really are people who don’t care when prostitutes are victims of hate crimes, beaten, raped, and murdered. No matter what you think about sex workers and the politics surrounding them, sex workers are a part of our neighborhoods, communities and families.