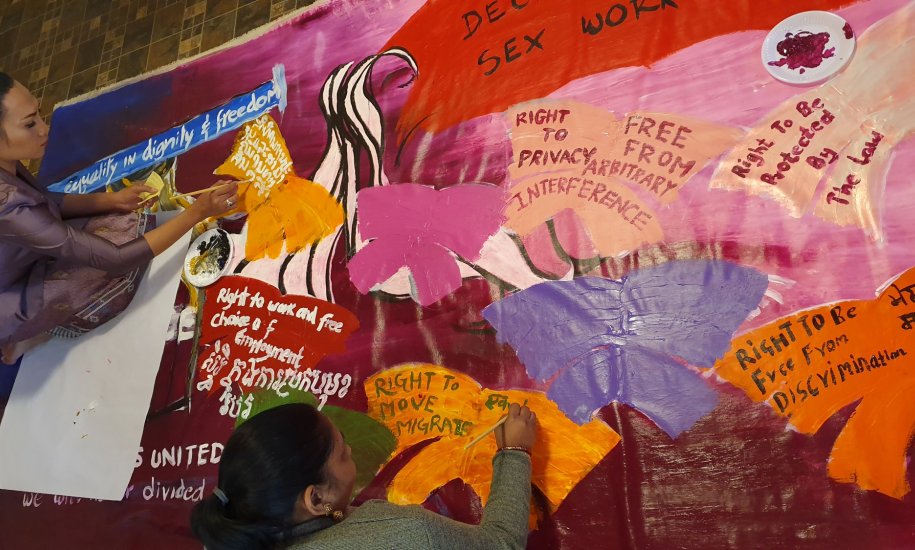 APNSW was established as a regional network in 1997, serving as a regional forum for member organisations (sex worker-led) in Asia and the Pacific. Over the years, APNSW has successfully reached out to sex workers in different countries and regions, and supported the establishment of new sex worker groups, fostered solidarity between groups, established partnerships with other networks, and formalised itself into a registered organisation.

What is the sex work context in your region?

There are around 4.5 million sex workers in Asia. While sex work continues to thrive as a hidden economic contributor to the region, sex work or activities related to sex work are criminalised in almost all countries in the Asia and Pacific region, except for New Zealand and New South Wales in Australia. Criminalisation contributes to stigma, discrimination and even violence, which in turn negatively impacts on HIV response, access to justice, access to healthcare and violence against sex workers. In order to address all these issues, a human rights related approach should be applied to all work regarding sex work and sex workers. 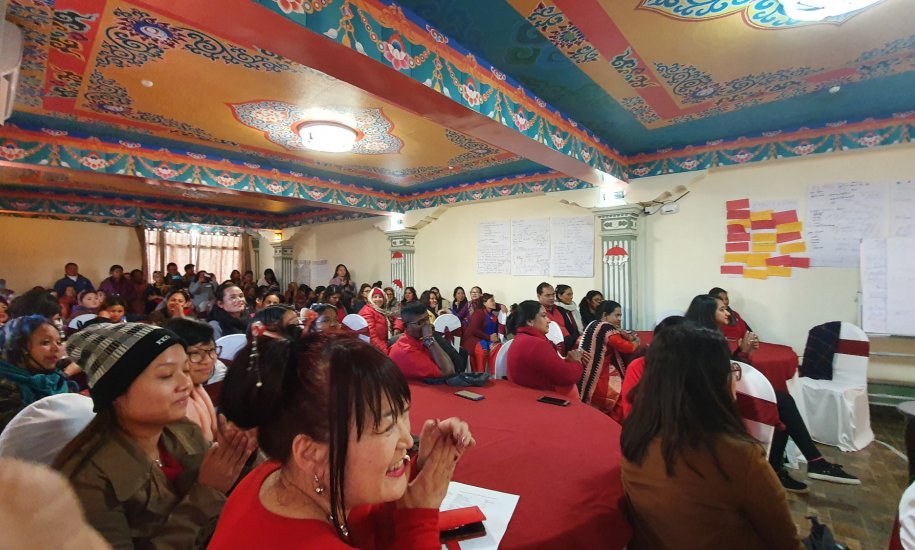 First of all, at the operational level, the organisation is overseen by a Management Committee, whose affiliation consists of elected representatives from member organisations. These representatives are either sex workers or previous sex workers and each play a key role in advocacy, developing proposals, budgeting and monitoring. In short, at our operational level, the decision-making body is all consisted of sex workers which ensures that all the decisions made are by and for the sex worker community members in the Asia Pacific region.

Secondly, in our strategic plan documents, we make it clear that our vision, mission, goals and core values are for every sex worker without leaving anyone behind in our work and advocacy. Our vision is to recognise sex work as work and that every sex worker attains the right to protection and participation. Our mission is representing, mobilising and empowering communities of female, male and transgender sex workers, promoting and protecting the human rights of sex workers, and advocating for the full decriminalisation of sex work. 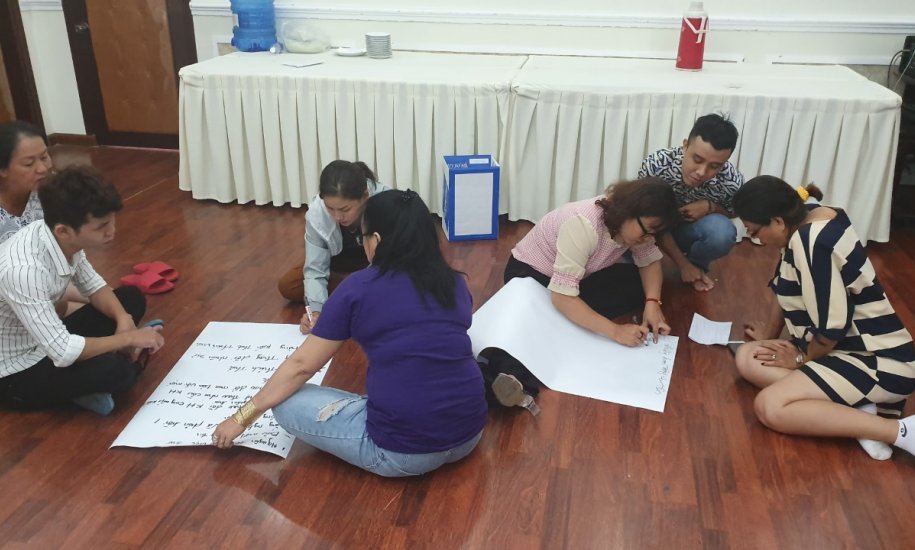 APNSW’s strategic efforts seek to address the following four areas, including the provision of community services and implementation of political campaigns: 1) Legal Rights; 2) Rights-based approach to HIV response; 3) Sexual and Reproductive Health and Rights of Sex Workers; and 4) Violence Against Sex Workers.

Criminalisation of sex work deeply affects all sex workers in Asia and the Pacific region except for New Zealand. Punitive law enforcement practices, confiscation of condoms as evidence of illegal activity, the use of compulsory detention for ‘rehabilitation’ or ‘re-education’, denial of identity documents and citizenship rights, and other problems caused by the lack of labour rights and social protection are all common and fatal to sex workers who are strongly marginalised by the criminal legislation. The use of criminal laws, arbitrary and discriminatory law enforcement practices and the abuse of institutional power by police are key factors across all the country sites that increased the likelihood of participants experiencing violence. Different forms of violence against sex workers are an inherent abuse of power by the police and structural abuse facilitated by the criminalisation of sex work and legal environments that are not supportive of sex workers’ rights.

B. A rights-based approach to HIV response

Sex workers have been among the populations most affected by HIV since the beginning of the epidemic more than 30 years ago. There are numerous reasons for this, including the type of work in which sex workers engage, unsafe working conditions, barriers to the negotiation of consistent condom use, and unequal access to appropriate health services. Sex workers often have little control over these factors because of social marginalisation and the criminalisation of sex work.

Programmes that put sex worker engagement and leadership at the heart of the HIV response have achieved good results and have proved to be cost-effective in many countries in the Asia Pacific region. APNSW is advocating to include sex worker community members in the HIV prevention and intervention programmes because to us, specialised services are more effective than integrating HIV response into state health care systems. Furthermore, the community approach works much better to address and tackle stigma and discrimination among national healthcare providers and ensure sex workers’ human rights are upheld. Investing in community empowerment is not only the right thing to do but makes good sense. HIV prevention among sex workers (such as peer-led education and control of sexually transmitted infections) are more effective and sustainable when conducted within a community empowerment framework.

C. Sexual and reproductive health and rights of sex workers

Criminalisation and other punitive regulations drive sex work underground and make health services harder to reach. This has significant impacts on sex workers’ sexual and reproductive rights and health through being less likely to access health services due to fear of arrest or being denied services. This impacts on diagnosis and treatment of STIs including HIV, availability of condoms and post-exposure prophylaxis, as well as maternal health, contraceptive and abortion services. Provision of basic HIV and STI clinical services is an essential component of a comprehensive package of services for sex workers and should be a priority in sex worker interventions. All sex workers should have access to acceptable, effective and high-quality STI services. These should be human rights based, confidential, accessed voluntarily and without coercion, and provided after informed consent.

Making SRH services available on-site or by referral allows for sex workers’ broader needs to be attended to and increases their confidence and participation in the programme. Well-trained and non-judgemental healthcare providers build trust and confidence among sex workers, who should be involved in service provision and not be seen as passive recipients of services. Therefore, one of APNSW’s main areas is to ensure that sex workers have equal treatment without discrimination and stigmatisation by health care providers and protect them from blackmailing and mistreatment by abuses of power.

The Rights Evidence Research has shown some sex workers experience violence in all areas of their lives including at work, in police custody, in health facilities, neighbourhoods, and even homes. This includes economic, emotional, physical and sexual violence; and from a wide range of perpetrators including police, clients, agents, managers, neighbours, and domestic partners.

APNSW takes violence seriously and is doing whatever we can to end it by all means. To address violence against sex workers, we 1) promote the full protection of sex workers’ human rights, including rights to: non-discrimination; security of person and privacy; recognition and equality before the law; due process of law and the highest attainable standard of health; employment, and just and favourable conditions of employment; peaceful assembly and association; freedom from arbitrary arrest and detention, and from cruel and inhumane treatment; and protection from violence, 2) reject interventions based on the notion of rescue and rehabilitation, 3) promote gender equality, and 4) respect the right of sex workers to make informed choices about their lives, which may involve not reporting or seeking redress for violence, not seeking violence-related services, or continuing in an abusive relationship. We provide a series of training to sex worker-led organisations and police in some countries to raise their awareness of sex workers. In the long run, ending violence is critical to sustaining the physical and mental health of our community members. 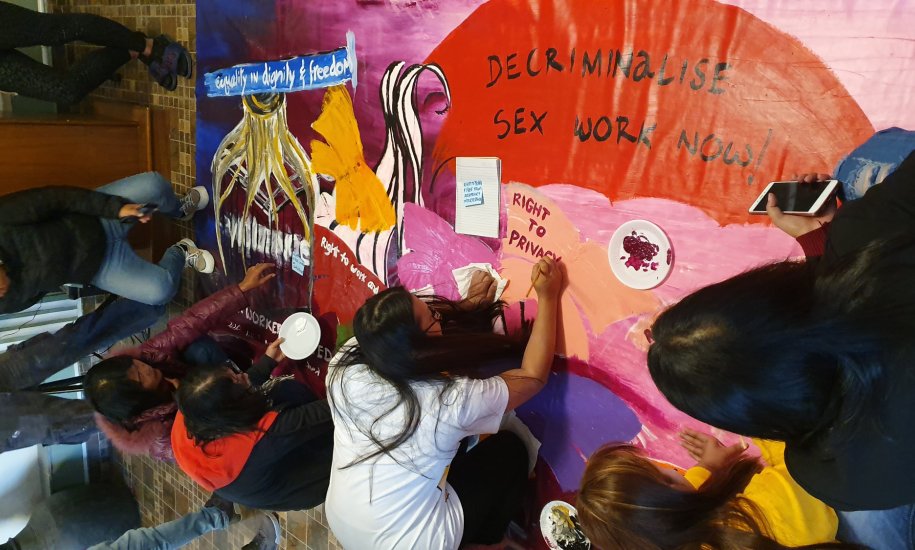 Tell us about a big event or challenge you have worked on recently. For example, a campaign or a big event you worked on. How did it go? What were the challenges?

APNSW and International Women’s Rights Action Watch Asia Pacific, in joint collaboration, conducted a 4-day regional workshop on the Convention on the Elimination of all Forms of Discrimination Against Women (CEDAW) activism to advance sex workers rights. One of our current initiatives –  Fore fronting our Agendas: Advocacy to Protect Sex Workers Rights –  involves working with national sex worker organisations and communities in Cambodia, Lao PDR, Nepal, Thailand and Indonesia to strengthen their meaningful participation in the CEDAW review process. The workshop took place from 16-19 December 2019 in Kathmandu, Nepal, which brought together representatives of national sex worker networks from 10 countries, including Cambodia, Indonesia, Lao PDR, Thailand, Nepal, Malaysia, Singapore, Myanmar, Bangladesh and India.

It provided a platform to highlight solutions, exchange good practices and lessons learned on strategies for change on the different provisions of sex workers’ rights. At the workshop, the participants also tried to unravel the dynamics of power and the role of patriarchy to understand the inequality and discrimination against sex workers. During the workshops, on 17 December 2019, the International Day to End Violence Against Sex Workers was celebrated, which was very meaningful for this workshop. Moreover, one of the very interesting features of the workshop was the session on ART ADVOCACY. This was based on the idea about finding new ways to advocate for sex workers’ rights in the CEDAW community. Participants from each country drew pictures portraying the status of sex workers and the need for the decriminalisation of sex work.  Artwork can be used as a creative method of storytelling, documenting and advocacy to advance the rights of sex workers.

Like many other regional and international networks, we are facing some difficulty raising funds to support more members to carry out effective activities. This is due to the pre-existing lack of funding resources for sex workers worldwide, and the COVID-19 pandemic is making this challenge more prominent. It is also more and more difficult for country-level and community-level organisations to raise funds for their sustainability. To continue the momentum of our movement, it is crucial that we build solidarity of all sex workers and their allies to go through this dark time together.

Together, we are stronger.

Sex work is work. Decriminalisation of sex workers should not be left behind by any social movement.