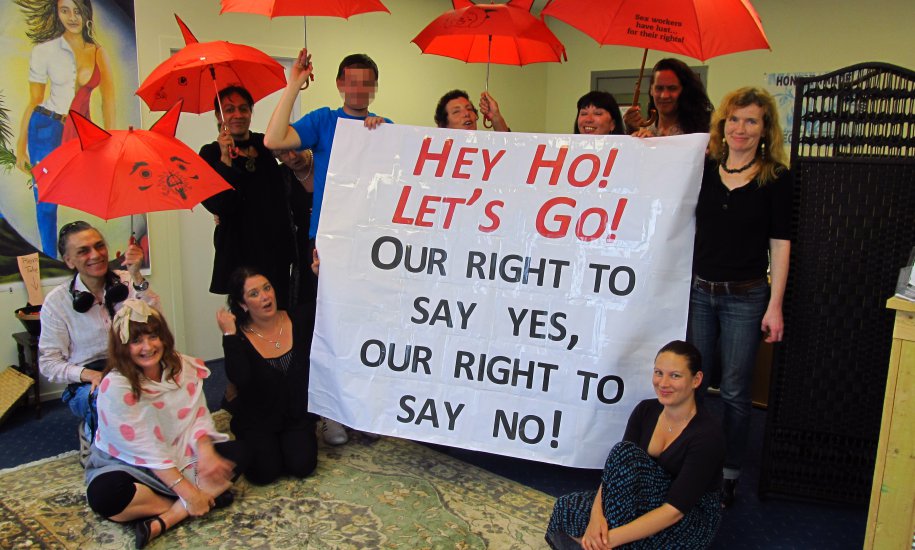 Which countries and/or regions does the New Zealand Prostitutes Collective (NZPC) focus on?

What is the history of NZPC? How and why was it formed?

Concerns around HIV and around sex workers’ ability to control their work conditions acted as a catalyst for the collective’s formation in 1987. Catherine said “we felt there was a lot of animosity building towards sex workers, we wanted our work to be recognised, we didn’t want to be arrested.”

At this time in New Zealand, sex workers were often arrested and charged with soliciting by police. The police also had a lot of power over sex workers, and often violated the rights of sex workers. “It was really wrong,” said Catherine “we felt we needed to come together to do something about that.”

Sex workers began talking and meeting. Soon sex workers working indoors joined street-based sex workers. The new collective was formed, and they decided they would be an organisation for anyone who identifies as a sex worker.

The formation of NZPC also provided a much needed platform for sex workers to address the discrimination and stigma they experienced in society. “We recognised that we were being misrepresented, we wanted to have our own voices represented in discussions about us. Everyone was talking about us, except sex workers it seemed,” said Catherine.

As a founding member of NZPC describes on their website, “we met on beaches, sat round pub tables, huddled in doorways, and spoke on the telephone to unseen, like minded, sex workers throughout the country. Sex workers were on the move. People started to talk about us as if we were a force to be reckoned with. This is really when we realised we were becoming an organisation.”

In 1991, police began raiding massage parlours and arresting street-based sex workers. They used condoms as evidence to convict sex workers of prostitution-related offences. NZPC told the Ministry of Health that they would be unable to continue providing services, which were funded by the Ministry of Health, unless an interdepartmental committee was established to review the laws surrounding sex work. There was a lot of conflict between the Police and the Ministry of Health. The interdepartmental committee was established, and this started the conversation about the decriminalisation of sex work.

What are the priority areas that NZPC works in? What kinds of services does NZPC offer? Does NZPC do political work, if so, what kind?

NZPC is a rights-based organisation. “A lot of the work we do is looking at how to protect the rights of sex workers,” said Calum from NZPC. NZPC does outreach in all sex work venues including larger brothels, private residences, and areas where street-based sex workers work. Outreach is not only about distributing condoms, lube and other safer sex supplies, it is about sharing information. Outreach enables discussions about issues that may be arising in the community. For example, in different venues, in different regions, or issues arising from decision that have happened at various city councils. “We have recently been involved in providing an expert opinion to a council where there was an application to increase the number of sex workers who can work from a brothel in a residential area from 3 to 4,” said Calum.

NZPC looks at how the rights of sex workers can be improved and supported. “We are often invited to present guest lectures to groups such as medical, law, and social work students, to orient them to issues that are pertinent to sex workers. It also helps with addressing attitudes, stigma, and discrimination that are thoughtlessly applied to sex workers,” continued Calum.

NZPC explained that it is really important advocate against the discriminatory legislation against migrant sex workers, since it negatively impacts them.

NZPC explained, “you cannot come to NZ [unless you are an Australian or New Zealand citizen] with the intent of becoming a sex worker. It’s a discriminatory law […] if you need a work visa you cannot apply as a sex worker.” This means many migrant sex workers coming to NZ to work can still be charged with an offence and can be convicted of breaking immigration law.

The report found strong support for an amendment to the Prostitution Reform Act (2003) to remove the prohibition for migrant sex workers to engage in commercial sexual services in New Zealand. It was recognised that by ammending the law to remove the specific criminalisation of migrant sex workers in NZ, the current vulnerability and risks associated with working underground would also be reduced or removed.

The report found that a fear of deportation “may act to dissuade migrant workers from accessing intervention in times of need.”

The report notes, “such negative experiences with NZ Immigration Services were reported as reinforcing fear of authorities and acting as a barrier to migrants seeking assistance should the need arise.”

Every year, different political issues arise. NZPC explained that if issues arise that are related to sex work, NZPC is usually the first organisation contacted.

Issues such as the location and zoning of sex work businesses or workplaces, in particular brothels and street-based sex work, has resulted in many disagreements. Some local councils have attempted to control where brothels can operate, have tried to get rid of independent sex workers and home-based occupations and/or made attempts to undermine the ability of independent workers to work safely. On the whole, outcomes from decriminalisation have been largely successful. Independent sex workers are included in by-laws and district plans, and given the same protections as other household occupants.

NZPC have produced resources on the outcomes and impacts of the decriminalising sex work. For example, they produced a resource on the impact of decriminalisation on Māori workers. Māori are the Indigenous people of Aotearoa/New Zealand and as NZPC explains, before sex work was decriminalised in 2003, Māori sex workers were disproportionately affected by policing, prosecution, violence and stigma. As Pania, a Māori sex worker explained, since decriminalisation was introduced “I don’t have to worry a client may be an undercover cop, so I can be up-front about what our expectations are, such as using condoms.”

How are sex workers meaningfully included at NZPC?

What were the biggest events or challenges NZPC has worked on in the past?

NZPC was the driving force behind the bill to decriminalise sex work. NZPC approached Member of Parliament Tim Barnett to sponsor the Bill as a private member’s Bill, and it passed through parliament in 2003.

NZPC worked hard to build support for decriminalisation prior to the Bill being introduced. The Bill made its way through Parliament between 2000 and 2003. NZPC have produced a video detailing this process, giving further insight into how this landmark legislation was achieved.

While being interviewed by NSWP, Catherine spoke about how NZPC has “always had the sense that when we managed to get the change in 2003, the decriminalisation, that was because we were lobbying, that was lobbying that was led by us, that was sex worker driven.” However this big achievement does not mean that NZPC no longer faces ongoing challenges. Despite the success and achievements of decriminalisation, people have submitted new bills trying to overturn it. NZPC is constantly engaged in the same debate, to ensure the laws are retained and not undermined.

What will be the biggest challenges for NZPC in the future?

In looking to the future, Catherine explained that she is a former sex worker, but emphasised the importance of always having active sex workers involved in NZPC. “You have got to keep your beating heart. It would be terrible if we were a service provider and only a service provider,” says Catherine, “we don't want to be a condom vending machine.”

NZPC sees itself as an organisation with a rights-based core and a service provider. “We are a hybrid organisation in this regard“, explained Catherine. If NZPC was a service provider disconnected from sex workers, it would suit many government bodies. However, this is not a model that effects change. “An effective model is one that is driven by sex workers who have the freedom and the means to build an organisation that is self determining and can advocate for change.

It is very important to provide health services that are tailored to the needs of sex workers. However, providing health services can limit the scope of an organisation. “We need to mak major thrusts to challenge law and access to justice as well as stigma and discrimination. Sex workers need freedom to travel and to be a sex worker in conditions that uphold labour rights and occupational safety and health,” said Calum and Catherine from NZPC.

By building relationships, NZPC hope to bring critical perspectives and understandings to discussions around anti-trafficking policies and laws, and their impacts on migrant populations.

Does NZPC have a message for people outside of the movement?

When asked if there was message that NZPC had to share with the sex workers’ rights movement, Catherine spoke about the fact that sex workers are in this together, and that although “we can speak comfortably about sex work in New Zealand, we must also remember to not speak over each other. Although sex workers are sometimes confronted with such bigotry and stigma and discrimination, we have really strong common ground. Solidarity across the globe is really important, no country is insignificant, no sex worker is insignificant,” she concluded.