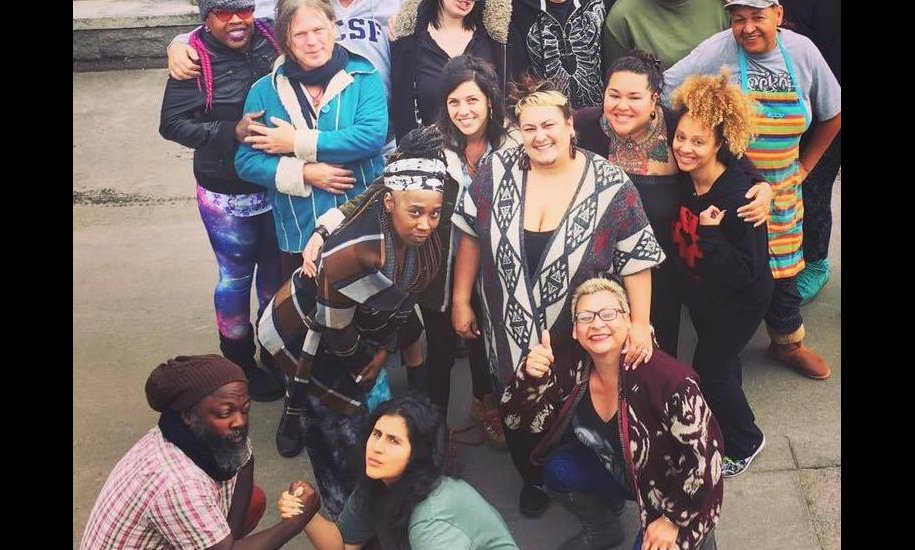 St James Infirmary is a sex worker-led organisation in the United States providing physical and mental health services to sex workers. Since the organisation was formed in 1999 they have been providing free care to current and former sex workers, their partners and adolescent children.

Dr Klausner, head of the STD Prevention and Control Department was instrumental in the creation of the services, but the idea of St James was the product of many minds within the sex workers’ rights movement from years before.  Dr Klausner was introduced to the idea of sex workers managing their own health services in a 1998 HIV Prevention Planning Council meeting with members of the Exotic Dancers Alliance.  The group, which included Joanna Breyer, the first Executive Director of St James, spoke to the benefits of moving regulation of massage parlors from the police to sex worker competent outreach providers. The idea of sex worker-led services came much earlier however. At the First World Whore’s meeting in 1985, a sex worker from West Germany spoke about the need for occupational health services for sex workers. Priscilla Alexander, a member of COYOTE, created a blueprint of what a clinic by and for sex workers could look like in a 1995 article The St. James Infirmary: A Sex Workers’ Occupational Safety and Health Clinic.

St James started as a once a week programme, but quickly it became it would have to expand its space. In 2002 the organisation took over its own space to provide a full spectrum of services over multiple days. In 2016, after 13 years of residency in South of Market, St James was evicted because it became inhabited by technology companies and workers, which increased rent. Through the support of the City of San Francisco and thousands of individuals the clinic relocated in April of 2016 to the neighborhood of the Tenderloin, a part of the city that has been a home to transgender people, homeless folks, drug users and those in the street economies for many decades. Currently the clinic is open Monday through Thursday and provides outreach and off-site services Fridays, Saturdays and Sundays. The organisation offers a wide range of services including: medical care, HIV/STI testing, therapy, case management, needle exchange, outreach, and life skills groups. Most services are available on site in English and Spanish and in other languages via phone translation.

In 2014 TGIJP (Transgender, Gender Variant, Intersex Justice in Prison) moved into the same building as St James after losing their offices in Oakland. The organisation was founded in 2004 and serves transgender people impacted by incarceration. The services provided by TGIJP are a weekly letter writing programme with prisoners, providing legal and social support, a visitation team for incarcerated people, a grassroots re-entry programme to support the wellbeing of folks leaving imprisonment, and advocate development leading into grassroots campaigns for transgender, racial and economic justice. The two organisations often work collaboratively on both direct services and advocacy issues, sharing much of the same community.

After the murder of community member Taja deJesus in 2014, St James and TGIJP worked with a group of organisations and individuals to bring attention to the epidemic of violence faced by transgender women in the United States. The group presented three core demands during a march on city hall. The demands included:

To continue to work towards those goals, an organisation was formed: TAJA’s (Transgender Activists for Justice and Accountablity) Coalition. St James’ provides fiscal sponsorship and office space to the new advocacy group.

St James’ focus is to provide quality, non-judgemental healthcare, mental health and substance use services, and self development programming to the sex worker community. Since their inception, however, they have also been part of research, advocacy, and creation of materials. The clinic has done its own community research and also worked with outside individuals to advance peer sex worker research. Many of the finding of which can be found on their website.

St James is consistently engaged in political advocacy and policy work. In 2013, after years of advocacy, the city of San Francisco officially made a policy against police officers or the District Attorney using the presence of condoms as evidence that a person or business is engaged in or is a site of sex work. This landmark win was accomplished through collaboration with organisations such as the Human Rights Watch and has been used as a model by others trying to change the laws of their own cities. 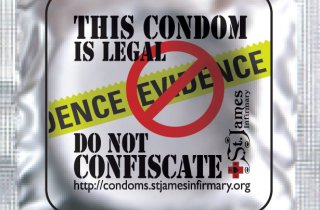 St James’ most current advocacy work has been around working with the Commision on the Status of Women to provide immunity for sex workers in reporting violent crimes and with TGIJP on SB310 - a bill making it possible for transgender people in prison to change their name and gender.

Starting in 2004, St James has released three copies of the Occupational Health and Safety Manual which provides 287 pages of information and advice focusing on the needs of sex workers, drug users, transgender people, and homeless people and is available for download online. In 2011, St James Infirmary launched a media campaign with pictures of staff and community members under the title ‘Someone You Know is a Sex Worker’. The campaign against stigma appeared on local city buses and posters and postcards were made available for the public. The campaign was nominated by NSWP for consultancy and was presented to the WHO (World Health Organisation) in Geneva in 2012.

Stephany Joy Ashley, Executive Director, spoke to NSWP about the history and present of St James and the environment in which they operate.

Which countries and/or regions is the organisation focused on?

St James Infirmary is located in the Tenderloin neighborhood of San Francisco in California, USA. “The majority of our community members come from the surrounding Bay Area, but we also see people from  around the world for services. We focus our policy work locally, but have contributed to state and national efforts,” said Stephany

The St. James Infirmary was made possible through the work of Sex Worker rights activists from COYOTE (Call Off Your Old Tired Ethics) and the Exotic Dancers Alliance (EDA) reacting to an event in the San Francisco County Jail. Under “Hold and Treat” laws, persons arrested for prostitution charges would be forcibly tested and treated for sexually transmitted infections. In the late 90s, a local woman arrested for soliciting in San Francisco had her blood forcibly drawn in the jail and was not informed as to the nature of the test. Feeling violated, she called members of COYOTE. The group responded to this violation of consent with a proposal: “Sex Workers need to take care of our own, we have a plan and here it is.” Via collaboration with the San Francisco Department of Public Health STD Control and Prevention Section (known as “City Clinic), in 1999 COYOTE and EDA opened the first Occupational Health and Safety Clinic run by and for sex workers. It was named St James Infirmary in honor of Margo St James, the founding member of COYOTE.

“In addition to our direct services, we also participate in coalition work, serve as the fiscal sponsor for the TAJA’s Coalition (Transgender Activists for Justice & Accountability), and are one of the founding organisations behind the Comptons Transgender Cultural District. Our policy work has included prohibiting the use of ‘condoms as evidence’ by the SFPD and District Attorney, and co-sponsoring the California Name & Dignity Bill (SB310),” said Stephany

“The St James Infirmary is a peer-based organisation. Our staff is almost entirely current or former sex workers. Many of us became involved at St James as participants receiving services before becoming volunteers or staff members. Sex workers are represented in all levels of our leadership, from direct service staff to Executive Leadership and the Board of Directors. In addition, sex workers are mentored and trained in the healthcare industry. In the past year, we’ve sent one community member off to Einstein Medical School to pursue her MD, and another to UCSF to nursing school!  By mentoring sex workers in the healthcare industry, we also create health care providers who are culturally competent and versed in the needs of our community.”

What were the biggest events or challenges this organisation has worked on in the past? E.g. opposing or campaigning for a law; organising an event …?

“In our eighteen years of existence, the St James Infirmary has overcome many obstacles. Our clinic has caught fire, flooded, and been robbed more than once. We’ve battled budget cuts, eviction, and relocation in one of the most expensive real estate economies in the country. But perhaps the greatest challenges are those that our community faces everyday: the struggle to survive and thrive against trauma, violence, mental health and substance use issues within an environment of poverty, criminalisation, stigma, racism, transphobia, sexism, and ableism.”

“Continuing to fight to end the violence and incarceration of our community under the Trump administration.”

Note from the interviewer: At the time of this profile Trump’s Administration has had far reaching effects on sex workers directly and indirectly. Inspired by Trump's presidency, Republicans have delivered an increase in censorship bills targeting the pornography industry and legislation which redefines all consensual sex work as ‘human trafficking’.

However, the wider implications of the Trump Administration are ones shared by many marginalised people in US society, including sex workers. Jeff Sessions, the current Attorney General, has promised to renew efforts in the war against drugs. Changes made during the Obama Administration to immigration and criminal justice policy have been promised to be reversed in ‘Trump’s America’ putting many more people at risk of incarceration and deportation. Most currently, the proposed Trump budget provides severe cuts to HIV/AIDS funding and to the Medicaid program (which provides health coverage to low income Americans). These cuts will dramatically change the funding of St James and similar organisations and challenge their ability to provide services in a country increasingly hostile to poor, black and brown, and transgender people.

“The struggle for sex worker rights is one against criminalisation, stigma, poverty and exploitation. It is work that cannot be separated from the struggle against transphobia, racism, ableism, classism, and other forms of oppression. The more our movement works in collaboration with other movements, the better our lives will be.”