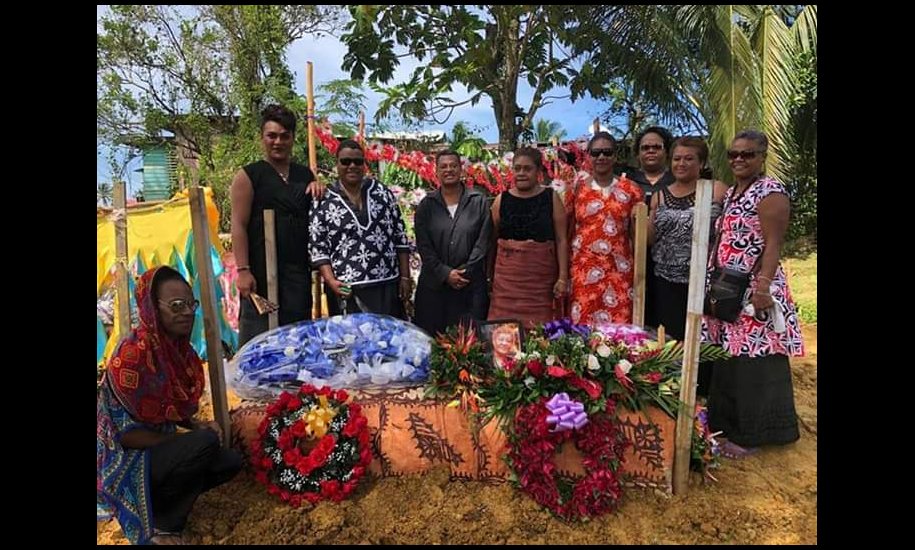 Strumphet Alliance Network (SPAN) is a female sex worker-led organisation in Fiji that works towards the promotion and protection of the rights of past and present sex workers through community engagement, empowerment, capacity building and advocacy.

Strumphet was formed on 10th October 2014 by a collective of former and present female sex workers. At the time, a lot of organising was focused on trans sex workers, and we formed as we saw the need to focus on the broader sex workers’ community as well. 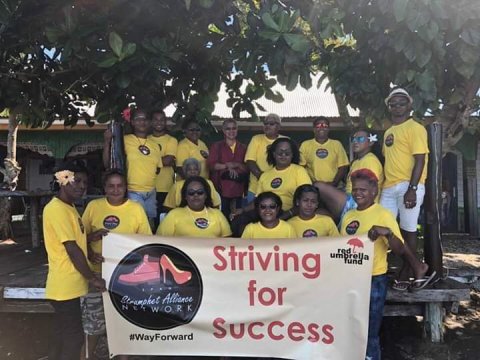 Strumphet Alliance Network is based in Suva, Fiji, and also hold the role of secretariat of Fiji Sex Workers Alliance. We are also an affiliate member of the Workers Alliance. At the birth of Strumphet Alliance Network, we ensured a majority of sex workers were involved in the decision-making of the organisation. The organisational Board is made up of sex workers who are representatives of the Lesbian, Gay, Bisexual, Trans, Queer and heterosexual groups of sex workers. In 2017 the organisation held its first Governance, Leadership and Capacity Building activity where members partook in a three-day training where registered members amended its constitution, wherein section 3 states membership and decision of the Board which is represented registered sex workers themselves. The focus of our work is former and present sex workers, and we work to be accountable to our members as a whole.

We are unique, an organisation that is truly led and owned by former and present female sex workers, and also inclusive of the Trans and cis women sex workers’ community. The organisation was not born out of a women’s umbrella body or other mainstream organisation. It was led, birthed and fully owned by the sex worker community itself.

What is the sex work context in Fiji?

In Fiji the sex workers on the streets are the most vulnerable in terms of abuse, violence, discrimination and criminalisation. The law states that loitering and soliciting are summary offences, as are ‘seeking the services of a prostitute’, or arranging to see a sex worker. Sex workers and clients can be imprisoned and fined under these laws.

What priority areas do you work in?

Strumphet Alliance Network advocates for the promotion and protection of the health and human rights of sex workers by upholding their voices, empowerment, and meaningful participation at community, local, national, regional and international platforms. Our core values are Accountability, Transparency, Professionalism, Integrity and Participation.

Strumphet creates partnership with key stakeholders to build and strengthen our movement. For the past two years, one of our activities (funded by the Red Umbrella Fund) was a sensitisation workshop with police on the treatment of sex workers. The workshop included the Director of Fiji Human Rights Commission as guest speaker (the organisation has been working closely with FHRC). The essence of this collaborative work is to anticipate the vulnerability that exists in sex worker communities and the work that is involved to remedy this. In 2018 we targeted the police together with sex workers to attend the sensitisation workshop, and in 2019 we broadened our invites to our space to the police, youth, LGBTQI+, and other community groups. These sensitisation trainings are aligned with reform of Police procedures and practices following Fiji’s ratification of the United Nations Convention Against Torture and other Cruel, Inhuman or Degrading Treatment or Punishment in March 2016, and other national efforts to improve overall efficiency and effectiveness of the justice sector.

Strumphet provides community engagement services to members in terms of facilitating referrals to relevant legal, health and counselling services, and we provide ongoing psychosocial support to our members through informal meetings conversations. Certain members who may need professional support such as counselling are then referred to aligned sectors. We advocate at a national level on sex workers’ rights, including through consultations and workshops organised by civil society and donor agencies. Strumphet uses the opportunity to provide perspectives and narratives on the lived realities and experiences of sex workers through a human rights and security lens. We do visitation to sex worker women in prison and in their homes; we provide support to sex worker women in prison and also to sex worker members who are struggling to survive in their different communities.

We also organise sex workers’ commemoration dates through collaboration with other sex worker groups to strengthen community mobilisation, and also to build networks of support in Fiji. 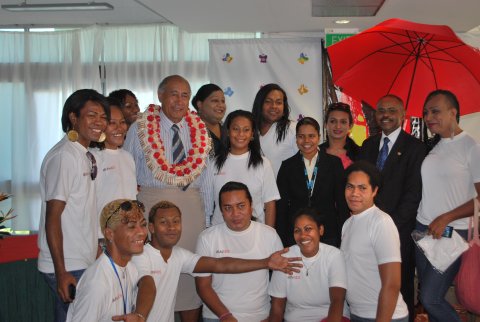 Using the recommendations from the Integrated Bio Behavioural Surveillance (IBBS) and Sex Work Size Estimation Study by UNAIDS, which some of our members were a part of, we lobby the government for policy changes: changes to policies for better protection for sex workers, lobbying service providers for more inclusive services, and campaigning to the public for better understanding of sex work. We have worked with Rainbow Fiji Coalition, an umbrella organisation of LGBT organisations, to make submissions during our Constitution Review 2012.

We have also attended and participated in:

Our organisation prioritises sex workers’ commemoration dates, and campaigns and public rallies are often not possible due to criminalisation of sex work, and religious and cultural taboos that exist here. We use platforms of participating in campaigns, rally organised by civil societies, stakeholders, women’s groups to show our support as sex worker activists.

Community engagement is a continuous practice which is performed informally with sex workers, families, friends, allies and by invites for the safety and sensitivity of issues of sex workers. These are organised by the organisation creating designated safe spaces such as picnics, Kava and Konversation Nights, we also organise Sunday pre-packed lunches on the last Sunday of every quarter of the year for our young sex workers who have left their homes and resorted to living on the streets and vacant homes and buildings. We also do condom distributions, mostly to our street-based sex workers, and distributed voluntarily by our members of the organisation on a weekly basis. 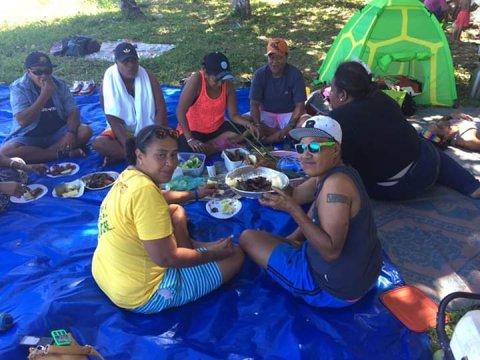 In July 2019, Strumphet organised the first sex worker National Consultation on the Sex Worker Implementation Tool (SWIT), where we were able to get national input by involving sex workers from the three major Divisions in Fiji. The organisation recognises the intersectionality of sex work and the importance of including sex workers in all their diversity in our activities and programmes, and this consultation was a jumping off point for many sex workers to tell their stories and have them recorded.

With only two years of running with funding the organisation has been committed to serving the community to the best of its capabilities even though we have found the lack of resources challenging. The limited funds that we get is a source of stress for us; we are under-staffed and with the limited funding our work within the community is limited as well. Despite the challenges that we currently face, the organisation still manages to stride through with optimism.

One of the foremost challenges that we are facing at the moment is trying to break down barriers to allow a flow of conversation on the topic of sex work. We expect to encounter more stigma from the public in the future.

What are your plans for the future?

Strumphet Alliance Network's priority areas are the protection and promotion of sex workers’ rights. Sex workers’ rights are human rights. Our biggest plan for the future is to decriminalise sex work not only in Fiji but in the wider Pacific, and for sex workers to be part of the policy making process. 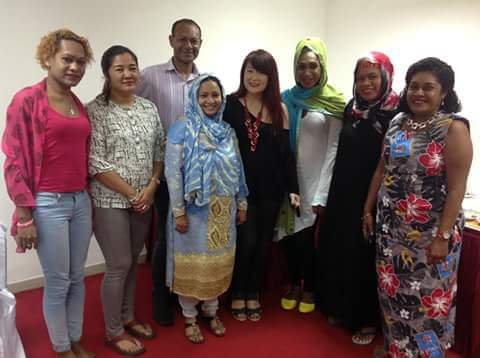 Do you have a message for the sex worker rights movement?

‘Let’s make noise together and work in collaboration, striving towards a common goal. Sex workers voices need to be heard and grievances to be tabled. We may not be able to make many changes as we have laws in place, cultural and religious backgrounds that prohibit sex work, but taking one step at a time could make a change’.

What about for those outside of the movement?

‘Sex workers are moms, dads, aunts, uncles, children, friends, neighbours, and citizens, all we want is acceptance. Stop stigmatisation, walk in my shoes to know my journey.’

Sex workers need to be seen and heard at decision-making processes considering issues concerning sex work and how we can be protected. Sex workers’ rights are human rights. Sex work is work. I am a sex worker, be inclusive of me, engage me, so you will know what it is to be in my shoes.