The African Sex Workers Alliance (ASWA) is a pan-African network of sex worker-led national networks and national and local organisations led by and/or working with female, male and transgender sex workers. It was formed in 2009 by sex workers and women’s activists and non-governmental organisations and is now based in Nairobi, Kenya.

News articles from Africa region are listed below.

NSWP values diversity and encourages applications from individuals with sex work experience and welcomes applications from all sections of the community.We are still seeking a regional correspondent to research and write up the history of NSWP and the sex worker rights movement in LATIN AMERICA. 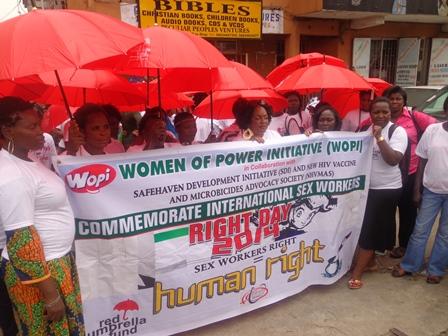 The ongoing debate on homosexuality in Kenya is likely to affect the fight against HIV, Health Cabinet Secretary James Macharia has said.

In a statement, Mr Macharia said Men having Sex with Men are among key groups that contribute to new HIV infections in Kenya and called for a sober approach on the debate.

Anti-homosexuality bill is signed into law in Uganda

President Museveni of Uganda today has assented to the Anti-Homosexuality bill which now becomes law. According to the president homosexuality is due to a person’s environment and not due to a person born homosexual and as such it [homosexuality] can be fought. The bill proposes a raft of measures to criminalise, stigmatise, victimise and intimidate anyone suspected of being homosexual or promoting homosexuality in any way. Prison sentences ranging from a few years to life imprisonment will be handed to those who are convicted under the new legislation.

Following reports that the Botswana Government is planning to target, arrest and possibly deport sex workers in the country, several human rights organisations have come out to strongly condemn this move.

The AIDS and Rights Alliance for Southern Africa (ARASA) and the Canadian HIV/AIDS Legal Network, in a statement, strongly denounced this campaign and called for an end of the campaign.

Sex workers, men who have sex with men and truck drivers in Benin will benefit from a new US$68.8 million in new HIV grants from the Global Fund, it has been reported.

The Global Fund to Fight AIDS, Tuberculosis and Malaria signed the grant with the Benin Government in mid-October in an event in Cotonou attended by Benin’s Health Minister, Dorothée Kinde Gazard, and the Global Fund’s Director for Africa and the Middle East, Lelio Marmora.

Media reports from several African countries indicate that sex workers are being unfairly targeted by authorities causing concern to sex workers rights activists across the region.

Reports from Ghana and Botswana show that police have been arresting sex workers and in some instances deporting some of them.

A new report highlighting the interconnectedness of the LGBTIQ and sex worker rights movement in East Africa says that both these movements have greatly contributed to social justice in the region.