The International Committee for the Rights of Sex Workers in Europe (ICRSE) is a European network of sex workers and allies across Europe and Central Asia. It was formed in 2004 to organise the 2005 European Conference on Sex Work, Human Rights, Labour and Migration and is based in Amsterdam, Netherlands.

The Sex Workers’ Rights Advocacy Network for Central and Eastern Europe and Central Asia (SWAN) is a network of sex workers' groups and civil society. SWAN started in 2006 as a project within Hungarian Civil Liberties Union (HCLU/TASZ) and became an independent organisation in 2012 and is based in Budapest, Hungary.

News articles from Europe region are listed below.

Yesterday, Members of the UK Parliament debated and passed the Modern Slavery Bill. The bill was at its third reading, following a period where it had been proposed and debated by a small committee. It will now proceed to the House of Lords for consideration before receiving Royal Assent and becoming legislation.

New video has been released by STAR-STAR, an NSWP member project in Skopje, Macedonia

The video depicts some of the work done by STAR-STAR, including peer outreach and healthcare provision.

Northern Ireland passes bill to criminalise the purchase of sex 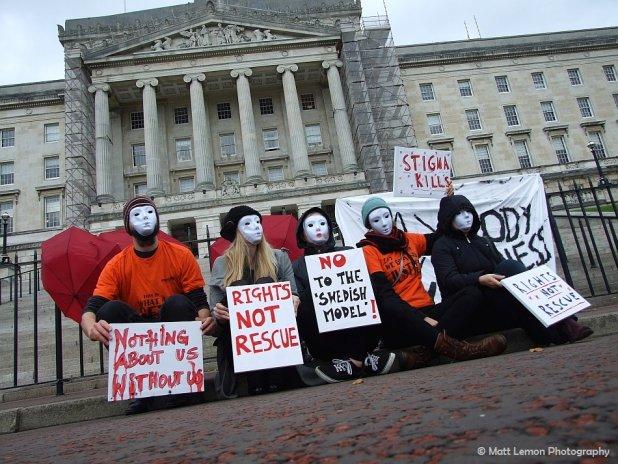 Germany: the federal government plans to introduce compulsory registration for all sex workers

NSWP has published a statement in response to the recent release of a report by the Norwegian Ministry of Justice and Public Security following an evaluation of the ban of the purchase of sex which came into force in 2009 in Norway. The report has been heavily criticised by various sex worker rights groups for its poor quality and contradictory claims and findings presented throughout the report's 168 pages.

SZEXE is an organisation that works to protect the interests of sex workers in Hungary.  As well as offering direct services to sex workers SZEXE also conducts campaigning and advocacy work to advance sex worker rights.  On July 1st in Budapest the organisation hosted a conference called ‘Nothing about Us without Us!’.  This conference brought together many different people including journalists, politicians, civil society organisations and academics.  But most importantly this conference was about amplifying the voices of s

The Norwegian Ministry of Justice and Public Security has released a report following an evaluation of the ban of the purchase of sex which came into force in 2009 in Norway. The report claims that the ban on the purchase of sex has been successful in meeting its ‘objectives’.

This is a press release from NSWP member SCOT-PEP.