After the close of the 2019 IAS Conference on HIV Science in Mexico City last month, global community-led networks joined forces with Mexican and Latin American advocates to continue planning for the upcoming HIV2020 Conference.

HIV2020: Community Reclaiming the Response, will be an alternative convening for individuals who are unable or unwilling to enter the United States to attend the 2020 International AIDS Conference in San Francisco/Oakland next year. Advocates recommended against bringing the International AIDS Conference to the U.S.A. given the Trump administration’s discriminatory immigration laws, detention and family separation policies, and the country’s deteriorating human rights conditions. HIV2020 will reaffirm the critical role communities play in the HIV response worldwide while shining a spot light on the importance of human rights. Advocates will also use HIV2020 as an opportunity to discuss the specific challenges facing people living with and affected by HIV in Mexico and in the region. 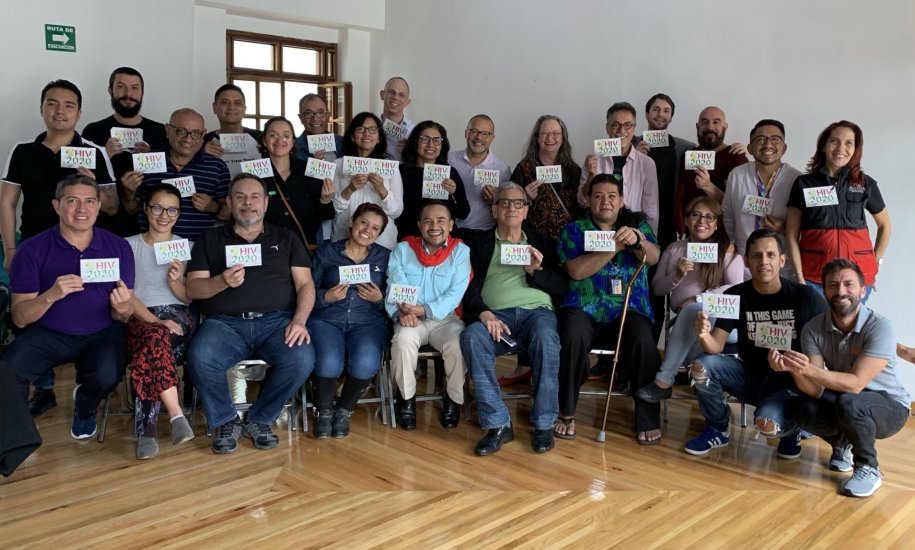 In an extraordinary show of solidarity, an international group of people living with HIV, gay and bisexual men, people who use drugs, sex workers, transgender people, youth, and indigenous advocates worked together to design an event structure specifically tailored to the needs of frontline community members. Advocates named six themes around which they will determine a program for HIV2020, including:

Considering the goals and themes of HIV2020, advocates agreed to a unique structure for the event. HIV2020 will be preceded by active engagement of media, researchers, policy makers, funders, and representatives from the pharmaceutical industry, aimed to raise visibility for the event. The event itself will be a 3-day program.

Day 2 will underscore intersectionality in the HIV response and will be organised as a series of concurrently-run, all-day programs, chosen from an open call for expressions of interest. Day 2 will include scientific and thematic programs, training academies, and opportunities to examine the success of flagship community-led programs.

Day 3 has been affectionately dubbed the day of solidarity. Day 3 will bring together affinity groups and discussions about intersectional responses to HIV. Specifically, this day will feature plenary keynote addresses and panel discussions which aim to take the key messages from Days 1 and 2 and define next steps for a community-led HIV response.

Organisers of HIV2020 also agreed to use the event to promote a cross-cutting advocacy platform which includes ending oppressive laws, policies, and practices negatively impacting people living with and affected by HIV. Advocates also recommitted to holding governments accountable for the provision of high-quality, evidence-informed, rights-based, affordable HIV prevention, care, and treatment and other health services.

The HIV2020 Alliance will open registration and issue a call for Expressions of Interest in leading programs for the conference in September. In October, organisers will also open applications for scholarships to support advocates to attend the event to ensure that more community members have the means to participate.

For more information and to stay up to date on the latest updates from the HIV2020 Conference, visit www.HIV2020.org or contact us at hiv2020mexico@gmail.com.