A pub called Harry’s Bar in Vaxjo in south central Sweden had a policy where they refused entry to “Asian-looking women”.  This policy was put in place on the grounds that the pub were trying to prevent prostitution from taking place on their premises as the pub owner had been informed by the police that prostitution was taking place in the area and that Asian women were involved.

Russian Sex Workers Continue the Fight to Register their Organisation

Serebryanaya Roza (Silver Rose) has been fighting for the rights of sex workers in Russia since 2006.  Today, the group has a presence in 10 regions across Russia, representing the interests of a large part of the estimated 3 million sex workers in the country.  They operate a hotline for sex workers and provide legal aid to sex workers in cases of violence and harassment. After many years of doing very valuable work Silver Rose is trying to obtain official recognition as an NGO from Russia’s Ministry of Justice.

How many times have we been told that there is going to be an increase in the number of sex workers operating (and a related increase in human trafficking) whenever a major sporting event is organised?  Panic over an increase in sex work and trafficking surrounded all three of the recent World Cups in Germany, South Africa and now Brazil as well as the London 2012 Olympics.  Next month Glasgow, Scotland plays host to the 20th Commonwealth Games and the same stories are surfacing as can be seen from this recent

The article stated that “Blikkiesdorp, created by Western Cape Premier Helen Zille, is nothing more than a gang-infested slum of nearly 15000 people rife with crime and prostitution.” 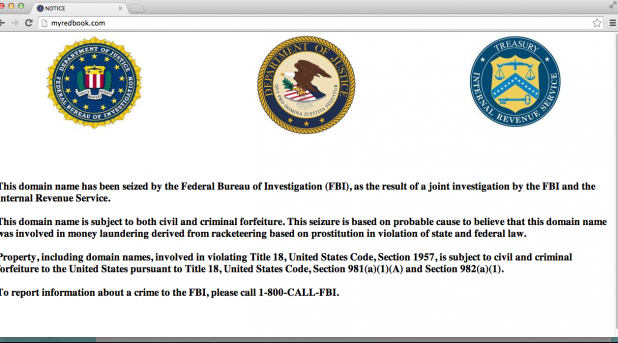 The Global Network of Sex Work Projects (NSWP) has published received funding from the Dutch Ministry of Foreign Affairs for the ‘Stepping Up, Stepping Out Project’ by Aids Fonds to support the development of advocacy tools around rights-based economic empowerment for sex workers.  The first year of this three-year project was coordinated by the Asia Pacific Network of Sex Workers (APNSW), whose office is in Bangkok, Thailand.

Research for Sex Work is seeking contributions for its 14th edition, themed ‘Sex work is work’. This theme reflects one of NSWP's core values: the acceptance of sex work as legitimate work. This value reflects the importance of labour rights as an important step in upholding the human rights of sex workers as individuals and as members of the workforce.

Due to new municipal ordinance, sex workers from Encarnación, Paraguay are prohibited to work in the streets of the city. According to the national sex worker-led organisation UNES – Organización de Mujeres Trabajadoras Sexuales del Paraguay – this prohibition regulates work and activities in public areas of the city, criminalises people who autonomously engage in sex work, and increases police repression and state violence against sex workers. 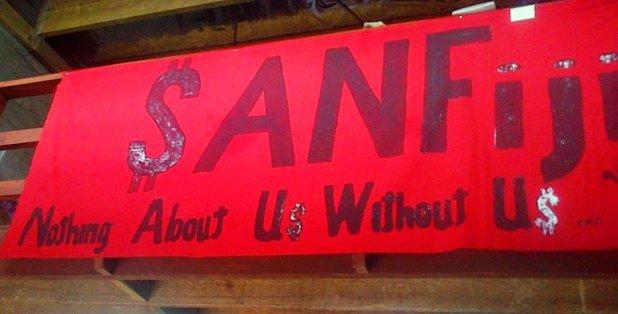 Dangerous new legislation that conflates trafficking with sex work, and has the potential to impact diplomatic relat

Call for African Sex Workers to Submit Articles to Buwa!

The arrival of ships from abroad means one thing for Elena: dollars. In Venezuela the green notes rule, said the 32-year-old sex worker. She travels to Puerto Cabello, in Venezuela’s coastline, every time a new ship arrives, particularly now that the Venezuelan economy has gone down; the Bolivar currency weakened and prices are high. 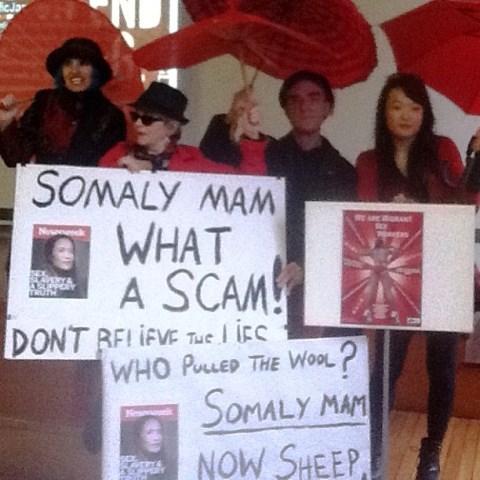 For the longer segments (as the documentary is a work-in-progress) and further information go here.

The Brazilian parliament is currently analysing a new law proposal that is intended to punish private commercial establishments associated with prostitution or trafficking in persons. The Law proposal 5742/13, by the deputy Guilherme Mussi, is considered another barrier in the affirmation of sex workers’ rights in Brazil.

From NSWP member, Triple X reporting on the Red Umbrella March held in Vancouver on the 14th of June in protest of the new regressive Canadian legislation on sex work being proposed. Triple X also developed a leaflet for the march entitled: 'Why Sex Work Should Not Be A Crime' which you can download here.

Being a sex worker in Africa is becoming even more difficult with restrictive laws being passed in a number of countries. Various countries have started to take deliberate actions to restrict the human rights of sex workers by imposing legislation or by-laws that ban sex workers  from working.  In several countries, including the DRC, Cameroon, and Kenya sex work is not illegal but most activities surrounding sex work such as managing a brothel or soliciting are.

Special Feature: How is the Thai coup affecting sex workers in Bangkok's Nana District: A personal observation by a street-based, migrant sex worker

From our regional correspondent based in Bangkok, Thailand.

Amnesty International has called on Tajikistan to immediately cease a campaign of harassment and violence against people accused of “moral crimes”.

The Global Fund is rolling out a new approach to funding programs. The goal is to ensure efforts to fight AIDS, tuberculosis and malaria have the greatest possible impact. This updated approach is known as the “new funding model” (NFM). You can get more background information about the NFM here.

The NSWP has published two new global briefing papers looking at the impact of non-rights based HIV programming and sex workers’ access to HIV treatment around the world. 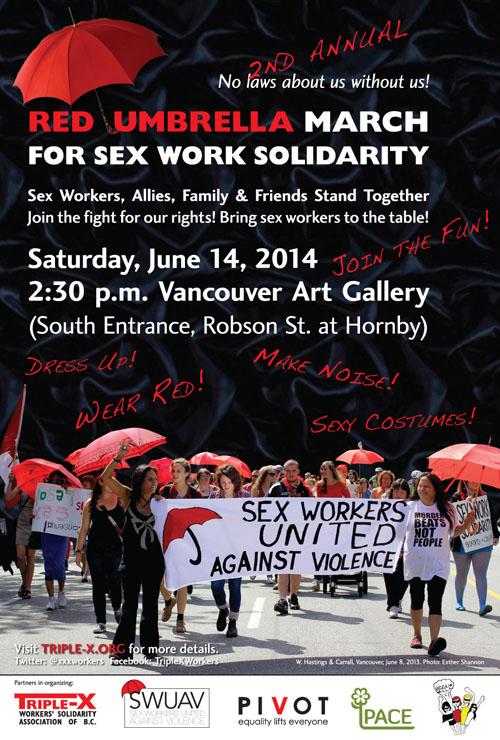 The following article is a press release from NSWP member, Triple X