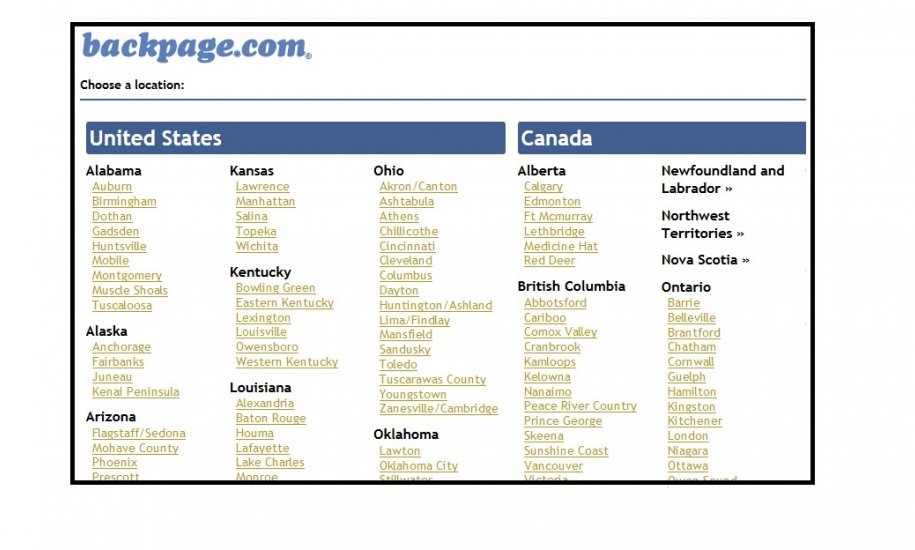 The online classified web site Backpage.com, long used by sex workers as a low-cost means of advertising their services and screening clients, has announced that it is allowing users to post ads for free to the adult services section of its site.

Backpage has been sending e-mails to users of the adult services section of the site informing them that they could use free promo code "FREESPEECH" until their payment situation was resolved to post ads.

The move comes a week after MasterCard and Visa announced that their credit cards could no longer be used to pay for ads on the website, following a request from Chicago’s Cook County Sheriff Thomas Dart, who claimed the site is used by sex traffickers. The site has long been targeted by anti-sex work campaigners who were successful in having another advertising outlet, Craiglist.com’s “Adult Services” section, shut down in 2010. Unable to shut down Backpage listings by legal means, they have instead focused on making life as difficult as possible for sex workers.

"These efforts are misguided and will cause significantly more harm to those in the sex trade, including trafficked individuals,” says Kristen DiAngelo, a trafficking survivor and advocate with NSWP member group the Sex Worker Outreach Project - Sacramento told Truth-Out.org.

Truth-Out also writes that the Cook County Sheriff's Department reports it has made more than 800 arrests since 2009 of alleged sex workers and their clients in sting operations set up with fake ads on Backpage, “but officers only made about 50 arrests for sex trafficking, involuntary servitude or promoting prostitution in the same time period, including one arrest for child sex trafficking made last month.”

What is being promoted by the Cook County Sheriff as a move to tackle sex trafficking is more likely to increase trafficking, say advocates.

“This policy effectively disenfranchises thousands of sex workers across the country who do not have access to any other means of online-advertising," Lindsay Roth, Board Chair of the Sex Workers Outreach Project (SWOP-USA) told Truth-Out. "Those who may have worked independently prior to the policy change may now have to rely on third parties, including traffickers, in order to meet their needs."

"If there is a genuine desire to end human trafficking, then there needs to be a focus on key factors that increase vulnerability to trafficking," Kate D'Adamo a policy advocate at the Sex Workers Project in New York told Truth-Out, referring to youth homelessness, lack of access to public services and youth unemployment.

Users can also still use bitcoin to pay for ads, and the company recently began allowing users to pay for "credits" that could be used to post ads. The credits can be purchased by money order, check or cash mailed to a P.O. Box in Dallas.

Meanwhile, a murder case in Massachussets has provided further momentum for anti-sex work campaigners lobbying to against Backpage. After two men were arraigned on murder charges after the shooting death of a woman they allegedly met through Backpage, calls grew for the site’s adult section to be closed down.

In a statement, Attorney General Maura Healey appeared to place the blame for the murder on the site – rather than the people who committed the murder. “It is clear that Backpage must do more to end the kind of exploitation that is advertised every day on its site” she said.