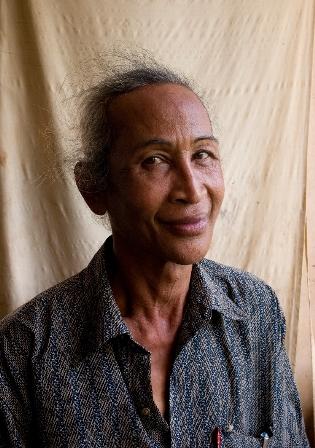 Cambodian transgender activist Sou Sotheavy will be awarded the 2014 David Kato Vision & Voice Award. Now 75 years old, she has spent the last two decades working to establish a national network of organisations to support lesbian, gay, bisexual, and transgender (LGBT) people across the country.  Sou will receive the award on stage at the prestigious Teddy Awards ceremony this Friday at the Berlin International Film Festival.

“I am tremendously moved to be given this award that to me symbolises the struggle for rights and freedom for LGBT people in Cambodia,” said Sou. “I think of the torture and suffering that I have endured throughout my life. Today, I am fortunate to live a life that I have always dreamed of, a life that allows me to help LGBT Cambodians escape the torture, contempt, and discrimination that exists in many families and in Cambodian society.”

The David Kato Vision & Voice Award is awarded annually and is presented to an individual who demonstrates outstanding courage and leadership in advocating for the rights of LGBT individuals, particularly in challenging circumstances and unsupportive policy environments. The award provides winners with a global media platform and a $10,000 grant to support their efforts.

Sou was born on 8 December 1940 in Takeo province, Cambodia. Before the radical communist regime of the Khmer Rouge took over in 1975, she studied performing arts in the capital of Phnom Penh and worked as a military nurse. Her first involvement with human rights advocacy began in 1985 when she conducted HIV/AIDS outreach for the Khmer Development Freedom Organisation (KDFO). In 1999, realising the need for special attention to LGBT issues, Sou established the Cambodian Network for Men Women Development (CMWD), the first Cambodian NGO to support LGBT people, where she continues to serve as president today. Active throughout 15 provinces, CMWD has provided much needed capacity building to LGBT groups, providing invaluable support for local programs and advocacy.

Until today, CMWD and Sou's efforts have received no international attention. By acknowledging the importance of her work on these issues, Sou hopes the David Kato Vision & Voice Award will inspire and encourage more people to join the movement against discrimination in Cambodia and around the world. With more funding and volunteer activists working with Sotheavy in the provinces, she will reach out to a broader audience and support more LGBT people and organisations in Cambodia’s remote rural areas, where the education level is low, discrimination is rampant, and LGBT people remain forced to hide their true identity.

“I have been working without funds for a very long time,” said Sou. “This award will allow me to help my organisation, train my team, and ultimately strengthen the rights of LGBT people in Cambodia. On the day I receive the award, my wish is that LGBT people from around the world will help support our LGBT communities in Cambodia, who are now facing a resurgence of violence from authorities. I will fight until the end of my life. I will not stop until the rights for LGBT exist like for other people.”

You can read the full article as it appeared on the Global Forum on MSM & HIV website, here.