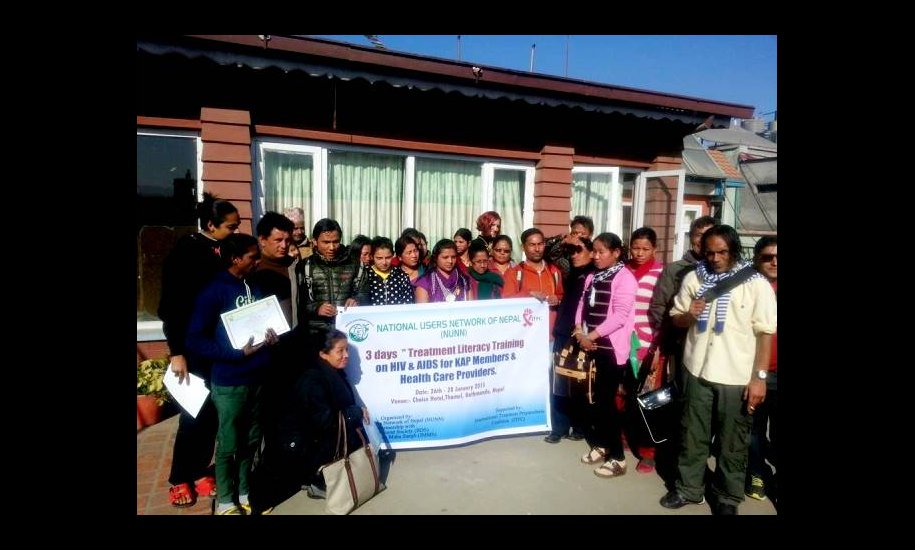 On 21-23 April, 2015, Nepalese sex workers, drug users and Gay, Lesbian, Bisexual, Trans*,Intersex and Queer (GLBTIQ) people engaged in a 3 day Treatment Literacy Training program, undertaken as part of an International Treatment Preparedness Coalition (ITPC) initiative. Thirty peer representatives from Nepal’s national peer networks, Jagriti Mahila Maha Sangh (JMMS), the Federation of Female Sex Workers in Nepal, the Blue Diamond Society, and the National Users Network of Nepal (NUNN), participated in the training. This is was the second ITPC training program held in the Nepali capital of Kathmandu in 2015. The first program was held 26 - 28 January, 2015. Both training programs have been facilitated by NUNN.

The ITPC Treatment Literacy Training initiative is part of an international effort to decrease stigma surrounding HIV within highly marginalised communities, and to encourage people at risk of, or living with, HIV to undertake testing and to pursue treatment. The ITPC Treatment Literacy training program also aims to work with peer educators and frontline workers from community based organisations to increase their knowledge and understanding of current treatment options and for this knowledge to be utilised in their work within communities. 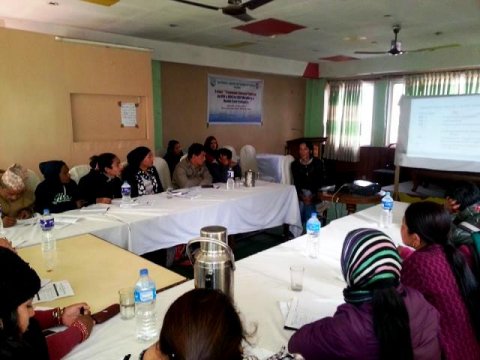 The 3 day ITPC training module aims to build the capacity of community representatives in relation to, familiarity with ART/ ARV treatment regimes, definitions of language and acronyms used within the HIV/AIDS sector, modes of transmission and strategies for prevention, identification of opportunistic infections, familiarity with local treatment access points, and national policies surrounding access to ART/ARV.

As a national organisation, whose membership includes 26 locally based peer-led community networks, JMMS, have identified that many HIV positive sex workers face high levels of discrimination from broader society, service providers and from within the sex industry. Peer educators from the JMMS membership state that it is extremely difficult to develop networks with sero-positive sex workers due to their fear of being further socially marginalised if their status is disclosed. According to representatives from JMMS local networks, sero-positive sex workers will commonly relocate to another locality and will break contact with their local communities if their status is revealed. JMMS have identified that this makes it extremely difficult for their member networks to provide ongoing peer support, referral and advocacy.

Due to entrenched perceptions of gender norms and roles, in addition to the criminalisation of sex work, female Nepalese sex workers are subject to ongoing police harassment and violence. Many sex workers have been arrested under spurious charges, including ‘public order’ and ‘obscenity’. Similarly, women who are on the street at night time are often presumed to be sex workers by police and broader society, and if searched and found to have condoms in their possession, police will attempt to intimidate women with threat of arrest in order to demand free sexual services. JMMS have identified that the stigmatisation and criminalisation of sex workers increases their susceptibility to HIV.

Ashwin Thapa, the President of NUNN said, “NUNN recognises the intersectionality between sex worker, drug user and GLBTIQ communities. We are all from highly stigmatised and marginalised communities and there are parts of our lives which overlap, notably the criminalisation of our lifestyles and the choices we make, professionally or personally. I hope that the participants in this program will use their increased awareness of HIV prevention and treatment options in the advocacy and peer education work they undertake. It would be a great outcome of this training if the representatives of our national organisations used this information, not just within their own communities, but also in the sensitisation work they undertake with broader society. This would go a long way towards reducing the stigma we are all subject to and maybe we wouldn’t all have to feel like outer world aliens.”

Region:
Asia and the Pacific
Tags:
access to treatment

The story of the Palermo protocol on trafficking
Sex Workers Project of the Urban Justice Center issue statement on prohibitionist ‘Nordic Model’ legislation in New York
Launch of the SEXHUM Policy Making Report
Arrests and deportations of sex workers in Norway
Global Consultant: Briefing Paper on Consequences of Misinformation about Sex Work and Sex Workers