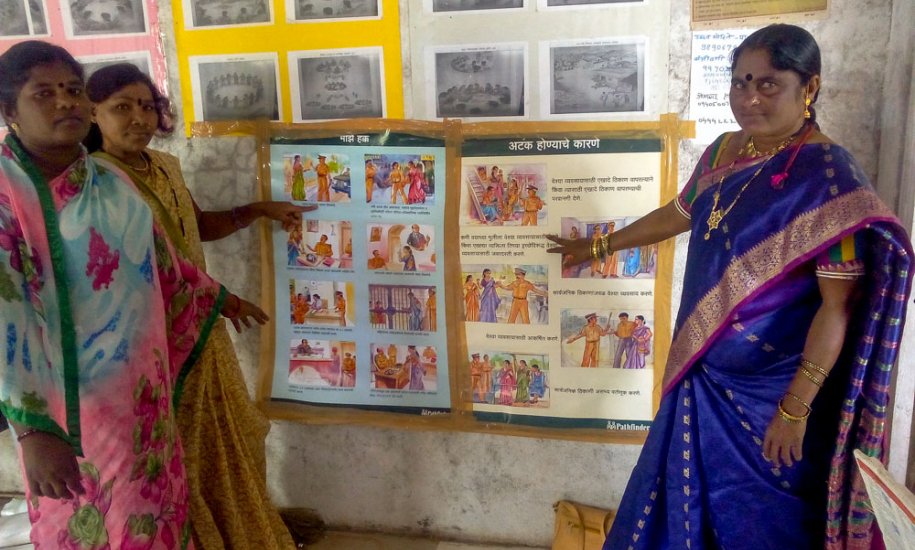 On the 3rd of March, International Sex Worker's Rights Day, sex workers across India gathered to ask that their human rights be respected.

Members of the All India Network of Sex Workers asked for understanding and respect of sex workers from government and civil society. Their campaign called for workers’ rights, a society free from discrimination and violence, an understanding of the difference between trafficking and sex work, inclusion in policy making processes and the decriminalisation of sex work.

The sex workers’ rights movement In India has been making these demands for many years. Two weeks previously an announcement from a special panel of the Supreme Court suggested some of these demands would finally become reality.

As previously reported by NSWP, the Supreme Court of India constituted a Special Panel in 2011 to examine several topics that were raised during a public litigation case. The topics included prevention of trafficking, rehabilitation for sex workers who wished to leave sex work, and the conditions necessary for sex workers to live with dignity in accordance with the constitution. The third of these topics was most controversial as it explicitly recognised sex workers’ constitutional rights as citizens.

The primary law governing buying and selling of sexual services in India is the Immoral Traffic (Prevention) Act, 1956 (ITPA). It does not outlaw sex work itself, but criminalises brothel keeping, living on earnings of sex work, “procuring, inducing or detaining for prostitution,” sex work near public places, and soliciting.  The law also grants police special powers to enter, search and make arrests without warrant in premises suspected to be brothels, and to “rescue” and “rehabilitate” sex workers in state run homes regardless of age or consent.

In practice, the law fails to protect sex workers from violence from clients and third parties, and is used as a tool of repression by the police. Sex workers face daily harassment, raids, arrest, mandatory testing, and eviction from their workplaces and homes. When sex workers try to report crimes committed against them, they are often not taken seriously by police or prevented from filing cases.

These issues provided motivation for the Supreme Court to set up the Special Panel in 2011, and to include sex worker groups such as the Usha Multipurpose Co-operative Society and Durbar Mahila Samanwaya Committee.

The panel held numerous meetings and workshops around India including ones facilitated by sex worker groups such as the National Network of Sex Workers. The panel’s final report will be submitted to the Supreme Court in late March 2016. Some of the main recommendations have already been made public. The recommendation to stop punishing consenting adults engaging in sex work attracted headlines in the Indian media.

Ms. Bharati Dey, from AINSW/USHA who sits on the panel said, “if all the recommendations made in the report get accepted by the court it would decriminalise sex workers running a brothel by themselves. It would make a huge change, which will stop police harassment.”

Ms Dey added, “incorporating a sex worker as a member of the panel was a good move in addition to arranging several consultative meetings with groups of sex workers across the country. This is a positive departure from the ongoing culture and discourse of so called ‘mainstream’ society.”

Dr Smarajit Jana, Chief Adviser to AINSW, was also a member of the panel and said,  “it is an achievement. The panel accepted the legal status of sex work and there are strong recommendations from the panel to modify several clauses of the ITPA which would decriminalise various sex work related activities articulated in the act.”

The Panel will finalise the report in late March and submit to the Supreme Court a week or so later.

“The panel's recommendations is not going to make immediate change in the life of sex workers in India but has created a social and political space to strengthen sex workers rights movement in the country,” said Ms Dey.

Region:
Asia and the Pacific
Tags:
legislation and policy