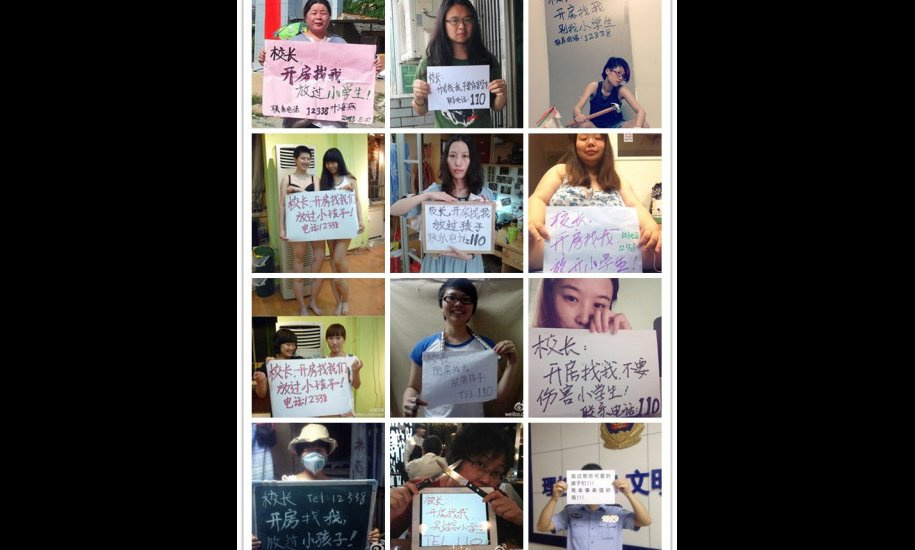 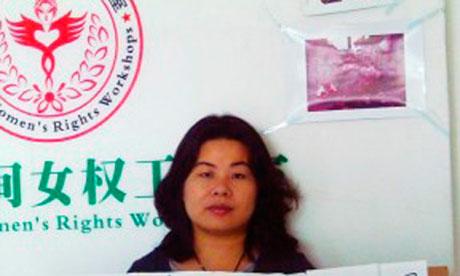 On May 30th, 2013, Chinese activist Ye Haiyan (叶海燕) was detained by the police. Official reports attempt to portray her in a negative light, saying that she is currently under arrest for 15 days after attacking three neighbours with a knife; however, these Chinese media reports fail to explain why she needed to defend herself and her 13-year-old daughter in such a way from violent intruders in her Guangxi home.

Ye has a long history of activism related to gender, child abuse, and sex work. She blogs avidly about women's rights in China, and is known for volunteering as a no-fee sex worker at a "10 RMB brothel" to protest the poor working conditions of migrant sex workers. She was also attacked in 2010, after organising China's first sex workers' rally. Most recently, Ye protested against a primary school principal in Hainan who took six girls to a hotel room, wearing a sign that said: "Principal, get a room with me instead, and leave the schoolchildren alone." Other netizens, including the famous artist Ai Weiwei, have copied her placard to show support. 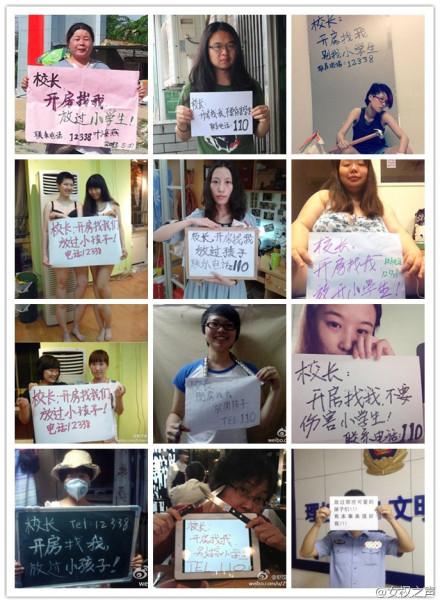 In an email newsletter on June 4, 2013, activists concerned with Ye's welfare released an update on her situation, based on information from Sina Weibo, China's Twitter. We at NSWP are concerned about Ye's situation, and restating these concerns below:

We are very concerned about:

1.  Ye Haiyan may face ill treatment in detention: Her advocacy work has generated a lot of attention from the government and her freedom of movement has previously been restricted several times. Last year, her office was destroyed and herself and other staff physically threatened by thugs

2.  The well-being of Ye Haiyan’s 13-year old daughter: Though she is currently staying with a friend of Ms.Ye’s, the absence of her mother and fear is causing potential harm.

4.  The safety of lawyers and supporters of Ms. Ye: Two protesters and four lawyers have previously been detained due to their expressed support for Ms. Ye.

We urge you to:

1.  Raise your concerns with your Chinese government partners about Ye Haiyan’s safety in detention and the well-being of her daughter;

2.  Express your concerns about Ms. Ye’s access to legal counsel as protected by Chinese law, and the safety and freedom of lawyers and supporters;

3.  Inform your colleagues and encourage them to do the same to generate more support and attention to this case.

The Front Line Defenders, an international human rights organisation, issued an urgent appeal on behalf of Ye Haiyan, with instructions on how to take action.

The Global Network of Sex Work Projects expresses our support for Ye Haiyan.