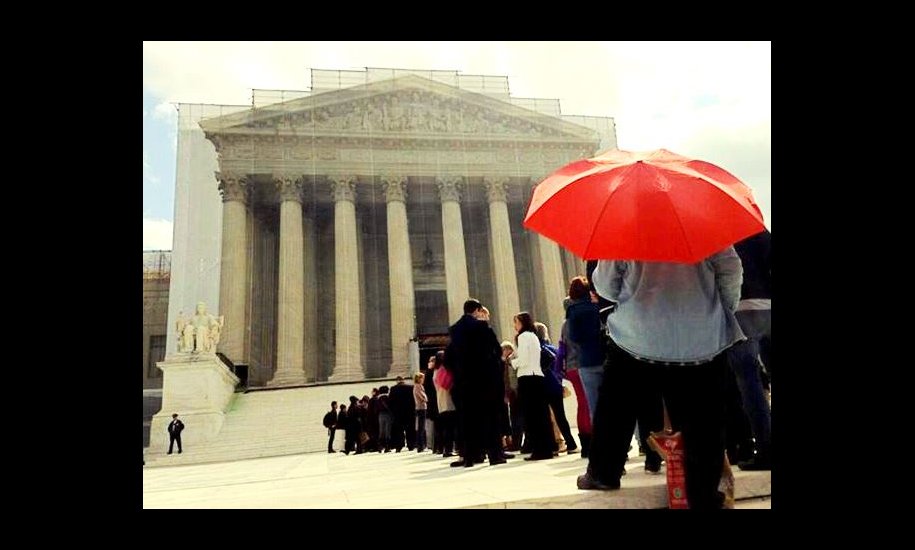 On Wednesday, April the 1st, Premier of Ontario, Canada, Katherine Wynne said that Ontario would uphold Canada’s new prostitution law —which criminalises paying for sex, and communicating or advertising for sex—following a review by the province’s Attorney-General, Madeline Meilleur, which found the new law to be constitutional.

The review came about after Wynne issued a statement last December, a day after the law—C-36, or the Protection of Communities and Exploited Persons Act—came into effect, saying that she had “grave concerns” about the its effect on sex workers’ safety and asked for a review into whether it was constitutional.

“We will uphold the law,” said Wynne. “We’ll obviously monitor and determine the impact of the law, but there’s no clear unconstitutionality in the law.”

Meilleur said: “The legal opinion that was provided to me is privileged, so I’m not going to express every single detail that was in the legal opinion, but the importance to you is that it’s constitutionally sound,” she said.

Meilleur also said that there are approximately 26 cases in Ontario being prosecuted under the new law.

A coalition of sex-trade workers and their supporters released the following statement on Wednesday, April 1:

Ontario Turning its Back on Sex Workers

—While Ontario Attorney General Madeleine Meilleur has not yet publicly released her review of Canada’s new, misguided sex work law, we understand – according to a reported statement today by Premier Kathleen Wynne –that this review has found “no clear unconstitutionality” in the so -called Protection of Communities and Exploited Persons Act. We disagree with this conclusion, and are profoundly disappointed that the province appears to be turning its back on sex workers and Ontarian communities, despite Premier Wynne’s own “grave concerns” with the new sex work law. This finding flies in the face of the December 2013 ruling in R. v. Bedford, in which the Supreme Court of Canada rightly upheld the human rights of sex workers. The new law is extremely similar to the old one, which was struck down by the Court as unconstitutional, and even further criminalizes sex work in some respects.

More than 190 lawyers from across Canada have gone on record expressing their concerns with the law’s constitutionality (or lack thereof). It should also be noted that the Attorney General chose not to meet with sex workers and their allies while her review was underway, preferring not to hear from those on whose backs these laws will be tested. Canada’s current sex work law replicates –and is even worse than –the failed “Nordic” model for sex work. The model chosen targets sex workers’ clients, their means of advertising their services, and even preserves much of the unconstitutional prohibition on any communications about sexual services, including by sex workers themselves. It continues to surround sex work with a web of criminality. Sex workers have consistently articulated the many ways in which criminalizing them, their clients and their work settings does nothing to protect them, but instead undermines their ability to control their conditions of work to protect their health and safety.

The law ensures that harms to sex workers will continue, and is a terrible step backwards. Even if the Ontario Attorney General has concluded the law is “not clearly unconstitutional,” this is hardly an endorsement of the law –and certainly doesn’t remove the fact that the new provisions will contribute to the risks of harm faced by sex workers. The Government of Ontario must not enforce this misguided law. We will continue to fight for the development of laws and policies that promote health, safety and human rights for all Canadians.

On Thursday, April the 2nd, Terri-Jean Bedford, one of the applicants in the December, 2013 Canada v. Bedford case, published an open letter to Wynne at her blog.

She begins: “Today is a sad day in Ontario. It is disappointing that you and Attorney General Meilleur have made this assessment, and beyond regretful that you have done so without any consultation with the people most affected by this flawed piece of legislation. Sex work activists and allies have continuously attempted to arrange meetings with you and your staff, and have been repeatedly rebuffed. This is not merely discourteous, but downright insulting.”