Prosecution Dropped Against UK Sex Worker for Lack of Evidence 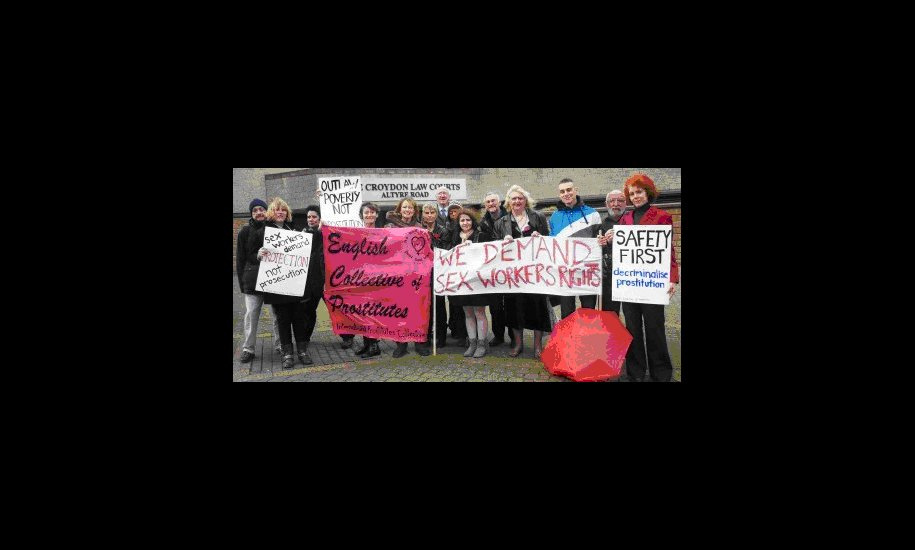 Source: Press Release from the English Collective of Prostitutes

Ms Farmer left court with over 20 supporters delighted and relieved that she no longer faces a criminal conviction and possible prison sentence. Ms Farmer suffers from severe diabetes and a malignant brain tumour. Her doctor had provided evidence that an onerous and stressful trial would have exacerbated her condition.

Sheila Farmer who is available for interview commented:

“Whilst I’m relieved not to be facing trial I am angry that I was prosecuted. Will the person who made that decision now be held accountable for the 18 months of distress and upset I have suffered while waiting for this case to come to court? Safety and survival has always been my priority. Like hundreds of other women I was working to support my son and more recently to pay for cancer treatment. I would never have got through this ordeal without the English Collective of Prostitutes. Without campaigning we may not have got this result.”  Film of Ms Farmer here (starts at 6min).

"Sheila Farmer’s bravery in publicly fighting these charges should be commended. She, like many other sex workers, should never have been forced to choose between safety and legality. Why is it legal to work alone but not with others? The prostitution laws are endangering women and should be abolished. Why are police wasting time and money prosecuting sex workers while rapists and racists go free?"

Ms Farmer’s trial was thrown out because of police and prosecution incompetence – witnesses had not been asked to attend court and a key witness could not be found.  Ms Farmer has attended court six times and the case has been listed to start on two previous occasions.

How much public money has been squandered on this investigation and prosecution?  How many other investigations are being neglected as a result?

The conviction of two of Stephen Lawrence’s murderers reminds us once again that the priorities of police and prosecution fly in the face of public opinion. Why did it take 18 years to try and convict these dangerous criminals while sex workers who do no harm are quickly arrested and jailed? The ECP has received multiple reports of violent robberies by a gang of five men in East London. The only police action has been to threaten the victims with prosecution. Why are women who report violence arrested while their attackers are not pursued?

Ms Farmer’s legal team requested figures on the number of attacks against sex workers to demonstrate the high level of violence they face when working alone and the need for protection. The Metropolitan police said that no such figures are gathered. Why not? How can prostitution law and policy be assessed if their impact on sex workers’ safety and welfare is not known?

1.    The brothel-keeping laws used against Ms Farmer criminalise “two or more prostitutes living together or sharing premises for work”. Along with the prostitution laws generally they undermine safety by preventing sex workers from working together for safety and deterring those who have suffered violence from reporting to the police for fear of arrest.

3.    Prosecutions for brothel-keeping and other prostitution charges have risen since the 2002 Proceeds of Crime Act.[1]  Under that law, the police keep 50% of assets confiscated during raids and 25% from subsequent prosecutions, with the Crown Prosecution Service keeping another 25%. Concerns have been raised that this desire to profit is fuelling raids and arrests, distorting police priorities and encouraging police corruption.