Sex Workers Innovate and Empower Themselves During World Cup in Brazil 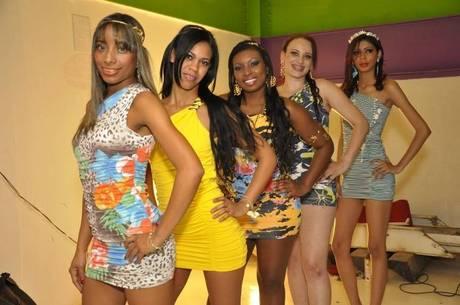 Sex workers are prepared for the World Cup in Brazil and for increasing 30% of their earnings during the event, according to the sex worker-led association APROSMIG. The games take place in several big cities of the country, including Belo Horizonte in the State of Minas Gerais, where APROSMIG operates its community-led services.

After the game Columbia vs Greece, in Belo Horizonte, sex workers will prepare a soccer game in the centre of the city named “Peladas Futebol Clube”, or “Naked Football Team”. The yellow and green team– colors of the Brazilian football team – is composed only of sex workers and aimed at giving visibility to sex workers’ demands during the period of the games.

According to the president of the Association, Cida Vieira, sex workers are expected to benefit from a higher numbers of clients in the red light district of the city. Sex workers say that the prices of the services will increase, and many will innovate by charging their clients with cards, not only cash.

Also 2000 sex workers are expected from other Latin American countries in the city of Belo Horizonte, in the course of the games; yet sex workers affirmed that the market is enough for all. They highlighted that the increase of international sex workers does not relate to trafficking expectations of the Brazilian government, since they are coming autonomously and willingly to provide sexual services.

Considering the high number of sex workers that do not speak sufficient English for negotiating with international clients, APROSMIG has been providing free-of-charge English classes for a number of 300 sex workers in the city. English intensive classes will also be held during the games, for those who have doubts or wish to learn practical language skills. Many sex workers said that they wish to continue the language course after the event.

The English teacher Igor Fuchs, who taught sex workers before the Cup, developed a pocketsize booklet for the community in which they can find English tips for negotiation with clients. The book entitled “Puta Livro”, or “Bitch’s Book”, is written with a practical language and relate specifically to different sex worker sectors and settings environment. The booklet also brings ready-to-use expressions for foreign clients to use, such as “how much they charge” in Portuguese. It was distributed to sex workers and clients, with a condom attached to it, and resulted in a best practice lead by sex workers from the city.

Increasing language skills of sex workers has been a strategy adopted by other sex worker organisations, such as X-talk, in the United Kingdom. It is a possibility to increase the earnings of sex workers, as well as ensure adequate ability to negotiate condom use condom use and prevent against violence.