For seventeen years, sex workers around the world have marked International Day to End Violence Against Sex Worker on 17th December. The day is used to highlight the need for action to end violence against sex workers. The issues faced by sex workers often vary from region to region, due to different laws, social and cultural contexts, but one common issue faced by all sex workers is their vulnerability to and experience of violence. COVID-19 has further exacerbated this issue and sex workers around the world have reported greater levels of violence as they struggle to make a living during the pandemic.

Sex workers are vulnerable to violence because of the criminalisation and legal oppression of sex work, compounded by stigma and discrimination. This vulnerability to violence is increased for sex workers living with HIV, sex workers who use drugs, transgender sex workers, migrant sex workers, and sex workers that are part of other marginalised groups.

This International Day to End Violence Against Sex Workers, NSWP published a Briefing Note on Misinformation on Sex Work, which outline some of the most prevalent forms of misinformation surrounding sex work, and provides recent examples to demonstrate their impacts in the realms of policy, research, and the protection of human rights. 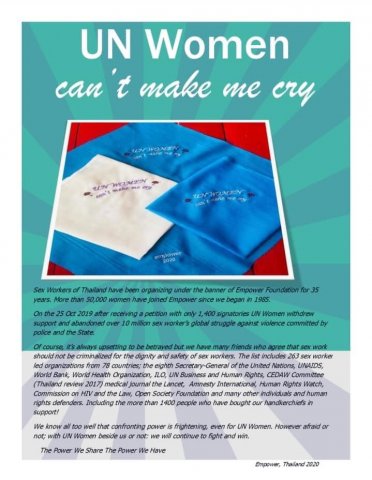 Jules Kim, CEO of Scarlet Alliance, also delivered a statement on behalf of the NGO Delegation to the UNAIDS PCB in support of the statements by Frontline AIDS, AIDS Action Europe, Aidsfonds and NSWP, and in support of the revised guiding principles and the recommended amendments to DP 13.7, calling on the United Nations Joint Programme on HIV/AIDS speak with one voice, respecting its guiding principles, and acting to protect, respect and fulfil the human rights of all.

“There is not a sex worker in the world who’s life has not been touched by violence. And this has been heightened during the COVID pandemic.”

PKKUM also launched a t-shirt to recognise this day. By wearing this t-shirt, PKKUM hope to spread awareness in the hope of reducing stigma and discrimination faced by sex workers.

African Sex Work Alliance called for an end to violence against sex workers in Africa, with a statement that ended, “This year we invite you to remember the sex workers who have lost their lives in Africa as well as join with sex workers, their allies, loved ones and communities in Africa in standing against the violence committed within these communities. The assault, battery, rape and murder of sex workers must end!” 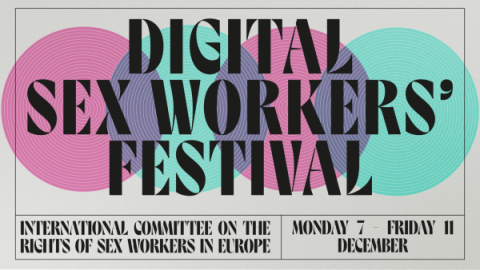 In the week before International Day to End Violence Against Sex Workers, ICRSE presented their very first Digital Festival. The week-long festival was a space and time to come together digitally as a community. They also released a statement for 17th December, including information on the exacerbating effects of COVID-19 and demands to decrease violence against sex workers.

“On this International Day to End Violence Against Sex Workers, we call for sex worker inclusive policy making at all levels - local, national, European and international. Only by working in partnership with sex workers and our organisations can sex workers’ access to justice and health be improved."

In Lyon, sex workers and allies gathered in front of the city hall to commemorate the day. The event was successful despite the curfew at 8 pm and the rain. The gathering attracted 100 people. 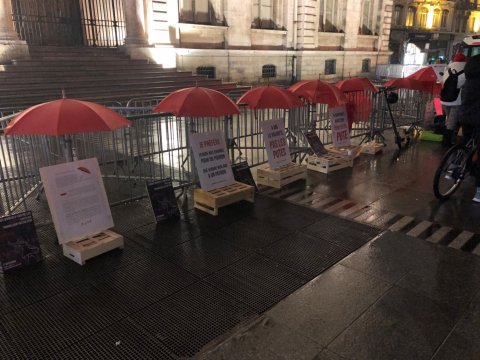 As part of the 12 days of action against violence and leading up to December 17th Stella ran an anti-violence campaign: Nous sommes debouttes pour cesser la violence.

“It’s important for us, as sex workers and feminists, to be a part of mainstream movements like 12 days of action, and our inclusion has been a long and overdue success.”