International Sex Workers’ Day is held annually to mark the 1975 occupation of Saint-Nizier Church in Lyon, France, by around 100 sex workers, protesting their criminalised and exploitative living conditions. Sex workers continue to mark the day every year with events and actions calling for fulfilment of their rights. NSWP focused on the theme of access to justice, highlighting how criminalisation creates additional barriers to sex workers’ access to justice and equal treatment before the law, and calling on the inclusion of sex workers in discussions that affect their lives. 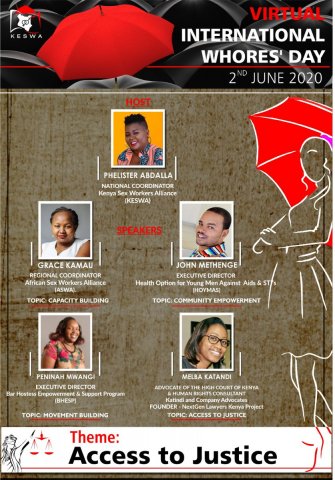 Debby doesn’t do it for free and Respect QLD organised Whore Stories, an evening of sex worker voices and storytelling. The event made $7,762 for the Scarlet Alliance Emergency Support Fund for Sex Workers in Australia.

STAR – The First Sex Workers' Collective in the Balkans – organised an online auction of collected works by humanitarian authors. The charity online auction started on 2 June and runs until 9 June, through STAR's profile on Facebook: https://www.facebook.com/starsexwork/.

Items include art works, photographs, jewellery and clothes. The funds raised from the charity auction will be used to support sex workers and their families. 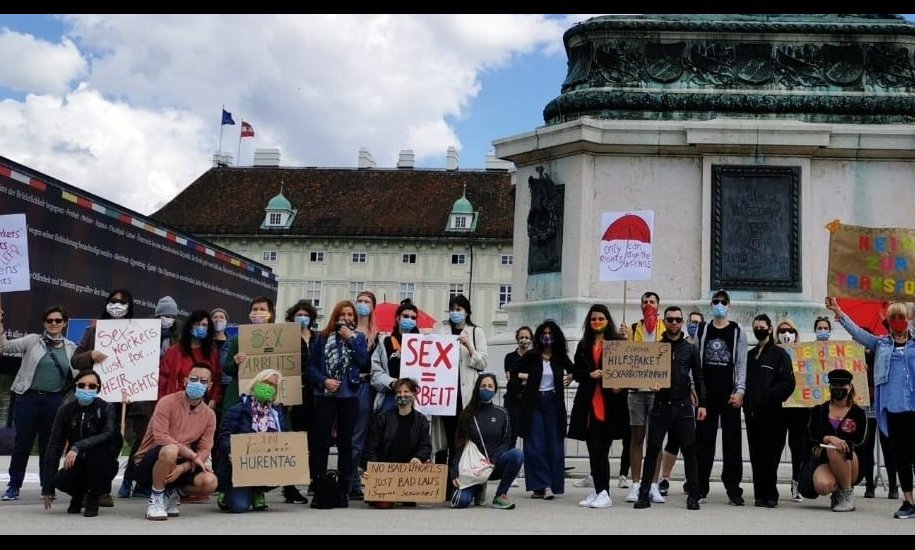 Red Edition and the Green Women Vienna organised a rally for ‘Protection and Rights for Sex Workers’. Around 40 people joined the rally, including 3 Green Party MPs, which took place in front of the Austrian Parliament.

Colectivo Flor de Azálea brought together 50 female sex workers to demand that the local government reject the closings of premises where they work, as well as to demand action from the state with sex workers excluded from emergency provisions during the COVID-19 pandemic. Colectivo Flor de Azálea have a proposal on economic reactivation and the opening of the premises, which they hope to present to authorities. 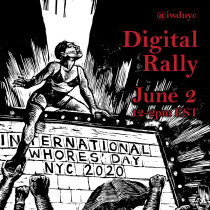 To mark the 45th anniversary of International Sex Workers' Day, NYC-based sex worker rights activists staged an online rally and social media takeover, honouring the global protests taking place annually. The Digital Rally was a celebration of the resilience of sex worker communities and a call to action in their fight for human rights.