A local organisation that provides services for sex workers, CATS, protested at the courthouse over the sentencing. Their banner read “Sex work is work, sex without consent is rape”. 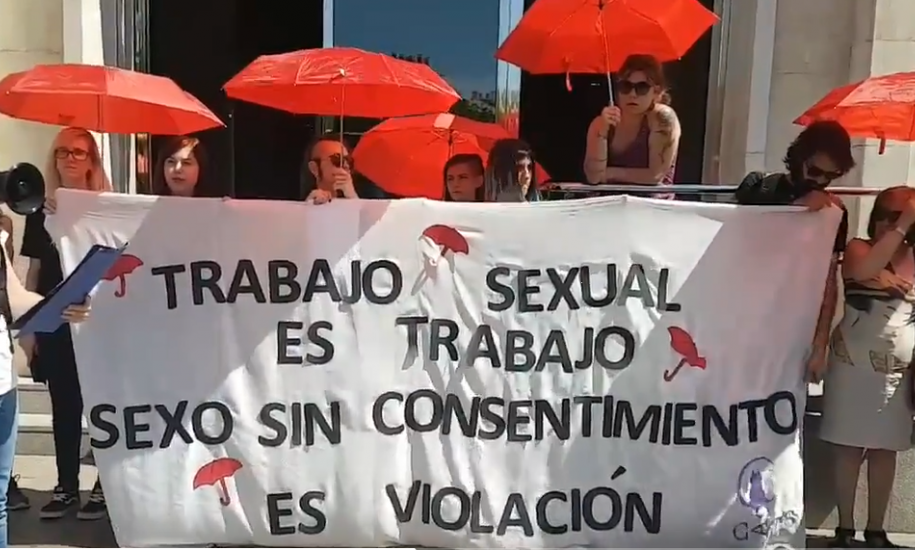 “We cannot consent that the society assumes that prostitutes, because of the fact they are doing sex work, have a duty to endure being raped, and much less that customers consider that they are in their right to rape them. “No means no”, without interpretations, without restrictions, not consented sex is rape and the victims have the right to justice, regardless of their job," said the representatives of CATS in their Manifesto.

Other sex workers’ organisations in Spain also have expressed their solidarity with the case, organising different events in support of the victim. Colectiva Hetaira said "[this] case didn't have strong media coverage or strong reactions from the feminist movements. For us, that shows that a violation of a sex worker seems to be much less important. Stigma is working". “Colectivo de Prostitutas de Sevilla wrote “The NO of a prostitute is the same as the NO of any woman. In sex work, the consent is very clear: it is an AGREEMENT between adults that includes, among others, sexual services, for a certain time and money. Everything that supposes breaking this agreement IS NOT CONSENT, and it is not prostitution, IT IS VIOLATION. That is why we defend: No Aggression without response.”

The woman told the court she already knew the men, and that they gave her a strong tranquilizer which left her in an incapacitated state. She underwent medical tests the next day which confirmed that an assault had taken place. The judge released the men with charges of sexual abuse, but not rape, which means lesser punishment.