The Supreme Court of Spain has issued a ruling recognising the right of sex workers to form unions. The ruling comes after an appeal from NSWP member organisation Organización de Trabajadoras Sexuales OTRAS. The judges agree with OTRAS when they consider that its members "enjoy the fundamental right to freedom of association and have the right to organise".

OTRAS, the first 100% independent union led entirely by sex workers, was established in 2018. OTRAS describe their founding as “so destabilising and unexpected that even the Prime Minister of Spain tweeted about it”. As well as drawing the attention of politicians, OTRAS became the target of fundamental feminist and abolitionist groups who signed a letter demanding the outlawing of the union. In November 2018 the National Court annulled the statutes of OTRAS. This new ruling reverses that decision and recognises OTRAS as a union as well as the right of all independent sex workers in Spain to form and join unions.

They also shared this graphic in celebration. 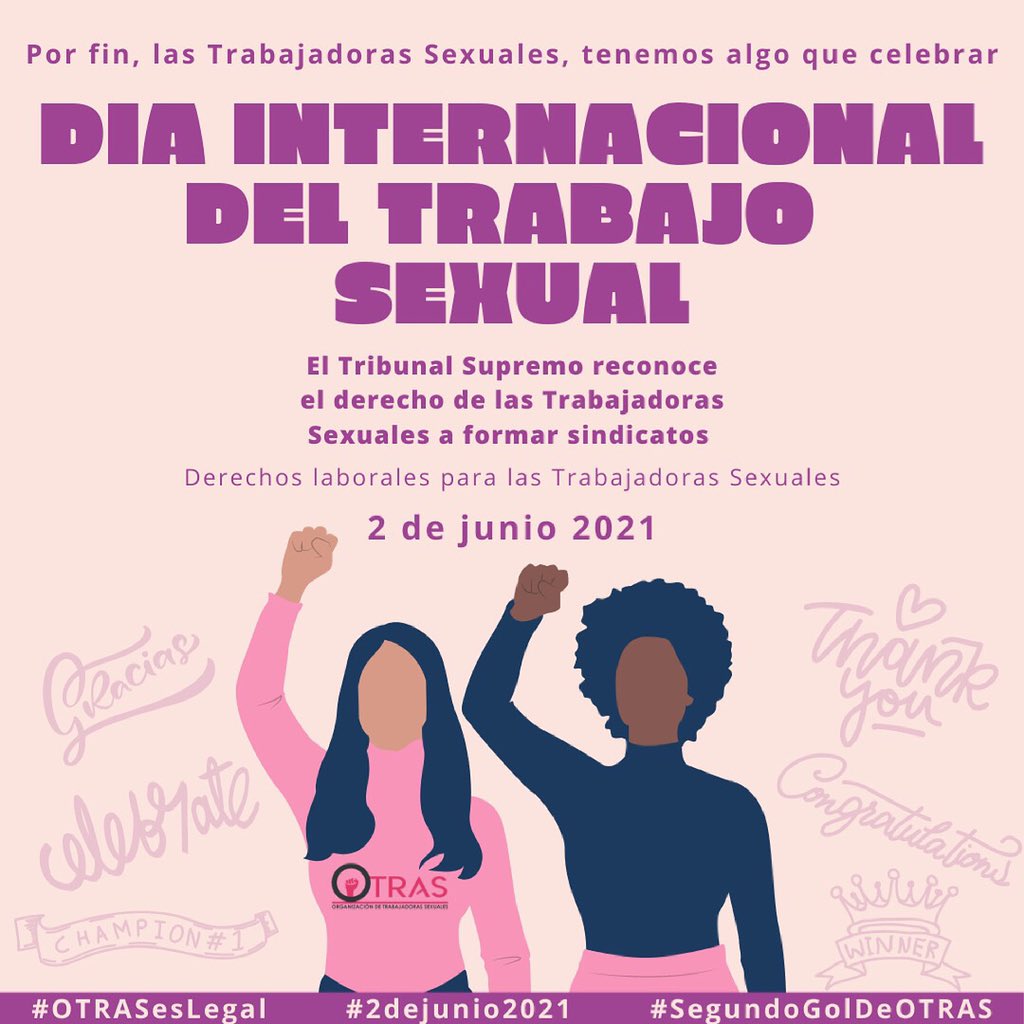 Read more about the ruling on El País.