Roundup of Sex Worker Activism at the International AIDS Conference 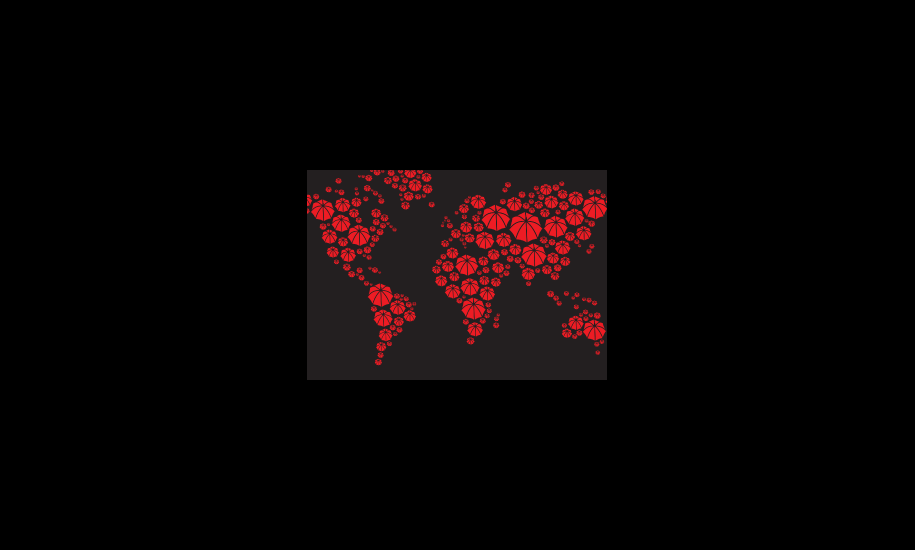 From July 18-23, 2010 the Global Network of Sex Work Projects (NSWP), along with sex workers and allies from nearly 40 countries, gathered at the 18th International AIDS Conference. We carried red umbrellas everywhere we went, and demanded that funders, policy makers, researchers, and other organisations recognise and support the human rights of sex workers.

Healthy Options Project Skopje (HOPS) of Macedonia was the recipient of the 2010 international Award for Action on HIV/AIDS and Human Rights, which recognises outstanding individuals and organisations that protect the rights and dignity of people living with or affected by HIV/AIDS. In 2009 HOPS produced a video, “You Must Know About Me,” to use in their advocacy efforts.

On 20 July 2010 NSWP and it’s member organisations staged a protest against the PEPFAR anti-prostitution loyalty oath. Check out our own coverage of the protest, including a short video, in a blog post titled Denial of Service: Sex Workers Confront Dr. Eric Goosby and Protest the Anti-Prostitution Pledge. As a result of this protest, we got a lot of media attention, including articles in MotherJones, Denying Sex Workers HIV Funds and The Advocate, Protesters Storm HIV Conference.

Visibility of Sex Workers and Our Demands

The fashion show of the DASPU line, put on by the Brazilian sex worker organisation DAVIDA was a big hit with the media, with articles such as Sex workers put on fashion show to fight AIDS (Vancouver Sun) and Why Do Sex Workers Carry Red Umbrellas? (Tres Sugar).

NSWP activities also got a lot of coverage in non-English media:

Our colleagues at the Paulo Longo Research Institute blogged about the first full day of the conference, focusing on the United Nations Development Programme session.

Meena Seshu, NSWP Board of Directors member and General Secretary of SANGRAM in Sangli, India, delivered the Jonathan Mann Memorial Lecture at the IAC. Her talk, entitled “No Excuses: A Living Experience of the Struggle for Rights,” was covered by Global Health Magazine, the International Women’s Health Coalition, and in a blog post by Meena on the AIDS 2010 official blog.

During the Role of Families in HIV Prevention, Treatment, Care, and Support (click to watch archived webcast) session, Laxmi Narayan Tripathi of India presented her talk “Reflection on the Implications of Family Centered Approaches and the Role of the Non Heteronormative Family in the Lives of People from Sexual Minorities.”

Smart Global Health has coverage of a panel on efforts by and on behalf of commercial sex workers to promote human rights with respect to HIV/AIDS prevention and treatment in diverse contexts.

UNAIDS has a piece up about a panel on Exploring combination prevention: the way forward, featuring NSWP Global Coordinator Ruth Morgan Thomas.

Will Rockwell and Thierry Schaffauser presented “Work it! Young Sex Workers Policy Issues” at the Vienna YouthForce Pre-Conference. Their talk was covered by youth bloggers at Taking It Global and Amplify Your Voice.

Many other NSWP members spoke on panels, performed in the Global Village, screened films in the NSWP Networking Zone, and did poster presentations. See a record of all our activities by downloading the NSWP Roadmap to the IAC (link starts download of PDF document).

Although the HIV community greeted the news of a microbicide that has been shown to be 39% effective against HIV and herpes for vaginal receptive intercourse, NSWP President Andrew Hunter expressed concern that the new gels would not be as effective for sex workers and may make them vulnerable to violence.

At the end of her speech, Meena Seshu called attention to the recent denial of passage into the United States for NSWP co-founder Cheryl Overs. Sex worker and harm reduction activists are calling on the United States to end the travel ban it institutes at will on activists entering the country.

The links in this post are English language highlights, not a comprehensive list. For a complete list of links to NSWP and sex worker activism at the IAC, check out our Delicious page, especially the IAC tag. If you have links that you would like added, please email them to communications@nswp.org.