The Right Process for the Right(s) Evidence: “Research Reveals High Levels of Violence against Sex Workers” 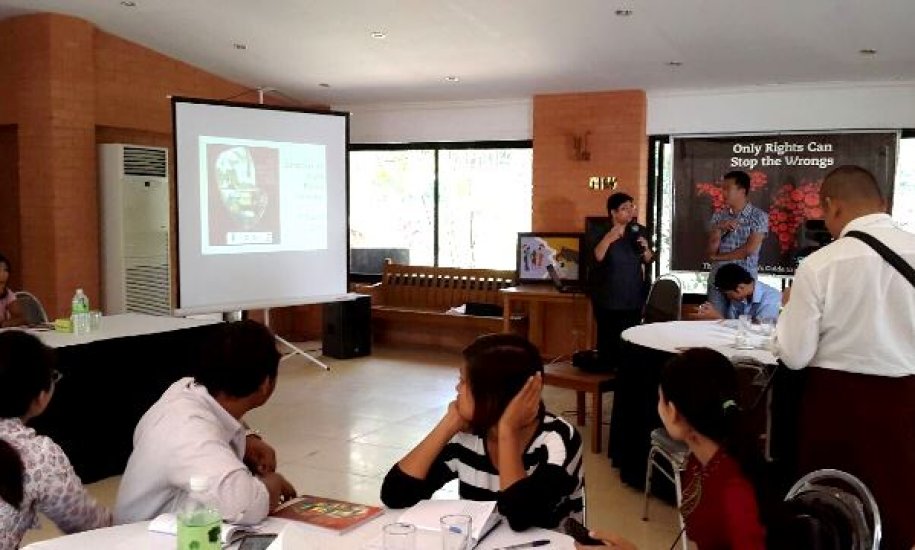 March 3, YANGON: Sex workers experience extreme violence at work, in health care and custodial settings, in their neighbourhoods and homes, according to a study conducted in four Asian countries.

Research for The Right(s) Evidence: Sex Work, Violence and HIV in Asia of the study which comprised a total of 123 peer-to-peer in-depth qualitative interviews with female, male and transgender sex workers and key informants was carried out in Indonesia (Jakarta), Myanmar (Yangon), Nepal (Kathmandu) and Sri Lanka (Colombo).

“The research provides sound evidence that the violence that sex workers experience denies them their fundamental human rights and contributes to the spread of HIV,” said Meena Saraswathi Seshu, from Centre for Advocacy on Stigma and Marginalisation, one of the co-authors of the report.

“We need to reduce HIV prevalence among the key population in Myanmar. Towards this, we need to have a strong collaboration and cooperation between community, UN agencies and government to address this issue,” said Dr. Myo Thant, Regional Officer, National AIDS Program, Myanmar.

A crucial aspect of the research was the deep engagement of sex workers in the planning and implementation of the research. “We need to listen to voices from the ground as well as of all stakeholders to ensure grounded findings and recommendations. Advocacy must be a joint initiative,” said Julia Cabassi, UNFPA, also a co-author of the report.

“Through a partnership between government, civil society and the UN system as equal partners to address violence against sex workers, we hope to shape the steps for greater engagement around reducing this violence,” said Marta Vallejo Mestres, UNDP, another co-author.

“Although there are challenges, tremendous potential exists in the collaboration between multiple government sectors and communities. This partnership can also help to position this work within a range of relevant agendas, including gender based violence, HIV, human rights (including labour rights), rule of law and access to justice,” said Brianna Harrison, UNAIDS.

“We hear that sex workers face violence but we did not have the evidence to identify the causes and find solutions. Through this research we have the evidence and through the process report we have documentation to show how best to gather the evidence! ” said Kay Thi Win, Asia Pacific Network of Sex Workers, and a researcher for the study.

“A culture of impunity in which perpetrators of violence are not held accountable undermines sex workers’ access to justice and creates an environment in which violence against sex workers is normalized and justified. The stigma and discrimination associated with sex work must end,” said Ruth Morgan Thomas, Global Coordinator Global Network of Sex Work Projects.

The following recommendations based on the findings address reform of laws, law enforcement practices and policies and programmes to prevent and respond to violence against female, male and transgender sex workers in the region.

Citation for the Reports:

Partners for the Study:

Six partners [the United Nations Population Fund (UNFPA) Asia and Pacific Regional Office, the United Nations Development Programme (UNDP) Asia–Pacific Regional Centre, the Asia Pacific Network of Sex Workers (APNSW) through their partner, the Center for Advocacy on Stigma and Marginalization (CASAM),the UNAIDS Regional Support Team for Asia and the Pacific, and Partners for Prevention (P4P)] conducted the study with UN country offices and sex worker-led organizations working together at the local level.

Region:
Asia and the Pacific
Tags:
violence against sex workers