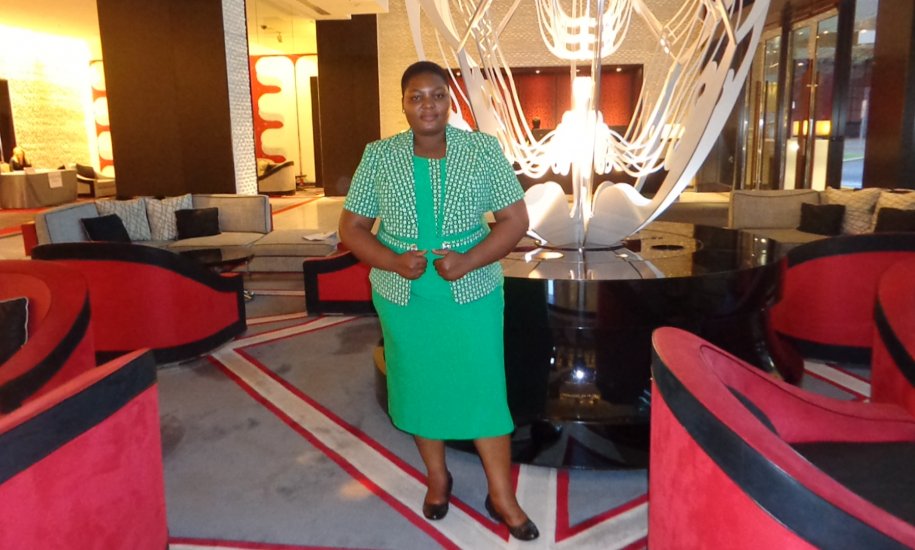 Daisy Nakato is the Executive Director of the Women’s Organisation Network for Human Rights Advocacy (WONETHA) in Uganda. In this interview, the sex worker leader talks about her life, work and activism.

Who is Daisy Nakato?
I describe myself as a sex worker and a leader in Uganda. I work at WONETHA, the leading sex workers organisation in Uganda. Our work involves offering HIV testing and referral services to sex workers. We also work with HIV positive sex workers in a counselling and nutritional program.

In another program on economic empowerment we encourage each other to open bank accounts and save money. Many sex workers are very excited to finally have their own accounts and ATM cards. Initially many were hiding money under their mattresses because they felt intimidated by banks and the process of opening an account. A few sex workers have been able to buy land and build their own houses as a result of this program.

In our adult literacy program, sex workers have learnt how to read and write. This has given them confidence to express themselves, carry out transactions and even watch TV where most channels in Uganda are in English.

That is amazing, how do you do all these?
As a former sex worker I feel the best way to empower others is by sharing my experience. I have lived it and thus I know what every woman is going through. I have been a sex worker living with HIV and suffering from T.B., I am therefore able to encourage sex workers to use condoms, test for HIV, adhere to medication, go for T.B. screening and live positively.

However my work comes with many challenges and my family going public in the media as a sex worker, everywhere I go people recognise me from my media appearances and sometimes I get too many demands from sex workers who see me as an answer to all their problems.

I have often been accused of promoting prostitution in Uganda.

Tell me about sex work and the law in Uganda and the role you have taken in lobbying for policy change?
First we have the Public order management Act that limits the association of groups and there is also the Communication Act that limits/controls our communication on phone and online. However the Anti-homosexuality Act and the Anti-pornography Act have done the most harm to our community and our work as activists, sex workers, and LGBTI leaders in Uganda.

Although WONETHA works with mainly female sex workers, my name was in the papers as a “top homosexual who was promoting homosexuality in schools.” Four men came to our offices looking for me, luckily they did not find me, however our offices were later broken into and one of our colleagues had to leave the country for fear of attack.

There has been a lot of back and forth in Parliament and the courts as they push the Act into law and we continue to monitor the progress.

Can you tell me more about the Anti-pornography Act?
When the anti-pornography Act was passed into law women were beaten, undressed and shamed. As WONETHA we mobilised women from all sectors and petitioned against this law as a coalition of women. We got a lot of media attention especially on Women’s day which was our climax for our campaign. I remember some of the comments: “How could malayas (sex workers), who are illegal see the wrong in our laws!”

Our lawyer has since filed an interim application to state that no one can be arrested under this law while our petition is in court.

I remember our first meeting in Nairobi about seven years ago. At the time WONETHA was formed, you have come a long way.
When I joined the movement I knew I had a lot to learn. I have since taken courses for English, computer skills and proposal writing. I love learning and I intend to pursue my studies up to degree level.

You did an amazing presentation at the last AIDS conference in Australia, how did you do it?
The topic was on sex workers and HIV - No one left behind. Although I was very happy to be selected I was also nervous because I had never spoken at such a big conference. This is because other people always present on our behalf as if we have no data and no degrees or confidence to speak for ourselves.

When I saw that I was on a panel with professors I decided to change my presentation from cases and numbers to simply tell my story. I knew people wanted to see a sex worker speak. I urged the donors not to pull out of Uganda for whatever reason because we may reverse the gains we have made on treatment.

I also told the participants that sex work is work and rehabilitation programs are often misplaced. We do not need sewing machines

Wow! When do you ever rest?
I work from Monday to Friday, sometimes going up to 10pm, I am always motivated when I see the success of my work. But it is not all work and no play. I have a special man, the love of my life and we try as much as possible to free our weekends for each other. We go out for movies, dinner and drinks or just relax at home. He is very supportive of my work and is not challenged by my profile.