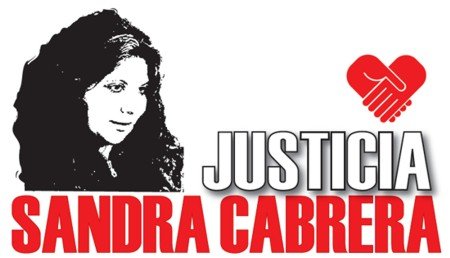 In 2004 the sex worker leader, Sandra Cabrera was brutally shot in the neck in Rosario. She was called ‘La Sanjua’ as she came from San Juan from where she moved to Rosario in 1994. Her dedication to the sex worker organisation, AMMAR Rosario (Asociación de Mujeres Meretrizes de Argentina), was evident in her struggle for the rights of sex workers and the support of the trade union of AMMAR. She denounced police corruption related to sex work and the exploitation of her colleagues by police demanding bribes. Her campaigning led to the abolition of police regulations on morality which were used to persecute street-based sex workers.

A year before she was killed, she was threatened and beaten at her home. This happened under police protection. The only person, a federal police officer, charged with the crime was set free in 2007. Sex worker colleagues testified that Sandra accused this officer but their testimony was not taken seriously due to the stigma attached to their profession, undermining their credibility as witnesses. Sandra’s murder and the institutional violence that enabled it remain unsolved to this day.

On 27th of January 2015, colleagues of AMMAR laid a memorial stone at the place where her body was found.