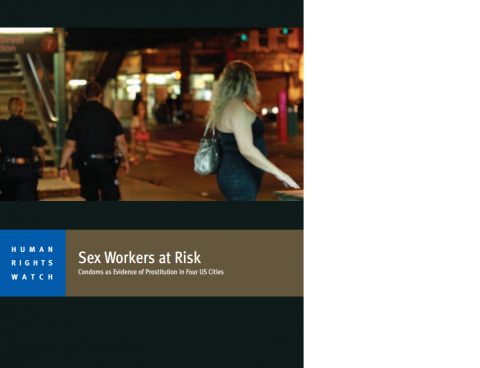 On January 21st 2014, Human Rights Watch released their 24th annual review for human rights practices around the world. On page 47 of the report, the organisation affirmed its support for the decriminalisation of sex work.

In the section headed Physical Privacy: Autonomy, Security, and Identity, HRW describe two privacy-related cases that informed their position. The report references the 1994 case of Nicholas Toonen v.Australia in which The Human Rights Committee repudiated Tasmania’s criminal law of sodomy declaring that adult consensual sexual activity in private is covered by the concept of privacy, and rejecting the idea that criminalisation of sodomy was a protective measure against HIV/AIDS, and was, in fact, more likely to drive a vulnerable population underground.

The report also refers to the 2002 Goodwin v. U.K. case in the European Court of Human Rights, which similarly emphasised the adversities transpeople suffer when they cannot change the sex on their birth certificate. The court focused on privacy in the sense of “the right to establish details of their identity as individual human beings”.

While the practice of sex work can pose health and safety risks, write HRW, “driving participants into the shadows is usually highly counterproductive to efforts to treat, mitigate, or prevent harm. Criminalisation … can cause or exacerbate a host of ancillary human rights violations, including exposure to violence from private actors, police abuse, discriminatory law enforcement, and vulnerability to blackmail, control, and abuse by criminals. These severe and common consequences, and the strong personal interest that people have in making decisions about their own bodies, mean it is unreasonable and disproportionate for the state to use criminal punishment to discourage either practice. “

The report references the practice of using condoms as evidence of prostitution in the United States section, on page 649: “Harmful criminal justice measures include … police use of condom possession as evidence of prostitution.” Human Rights Watch had previously released a report documenting this practice in four US cities in a report titled Sex Workers at Risk, released in 2012.