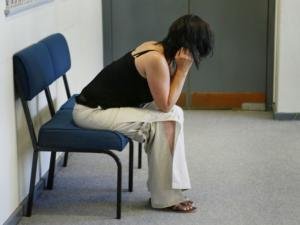 In May 2010 a Cape Town-based sex worker, only known as *Kylie, who had been dismissed from a brothel for not performing her duties properly won an important case in the Labour Appeal Court. Judge President Raymond Zondo, Judge Dennis Davis and Judge Achmat Jappie ruled that just because someone worked in an illegal profession, this did not mean they had no rights under the Labour Relations Act [judgement].

Kylie had worked at Brigitte's Massage Parlour in Bellville for about 10 years before her employer Michelle van Zyl fired her in April 2006. The reasons given were that Kylie allegedly failed to do enough bookings, did not manage her time, chose specific clients, refused to perform oral sex and spent time in her room with her boyfriend, who was not a paying customer.

In August 2006, Kylie approached the Commission for Conciliation, Mediation and Arbitration (CCMA), but Commissioner Bella Goldman ruled that the CCMA did not have jurisdiction over a case of this nature.

Kylie then approached the Labour Court with the help of Sex Worker Education and Advocacy Taskforce (SWEAT) and the Women's Legal Centre (WLC), but the Labour Court declined to enforce her rights because the nature of her work was illegal.

After the judgment, Kylie's attorney, Jennifer Williams of WLC, said the application was brought to ensure that the law protected everyone and "especially the most vulnerable".

Late that year Kylie reached an out-of-court settlement with her former boss after a four-year legal wrangle.

*Not her real name.