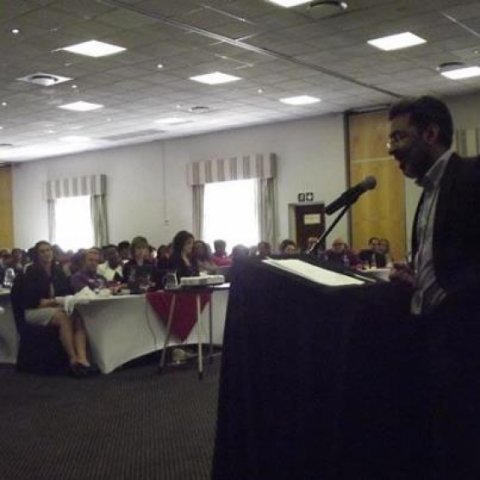 On the 22nd and 23rd of August South Africa held its first ever National Sex Workers' Symposium, in Johannesburg. The Symposium brought together policy-makers, researchers, public health professionals, organisations and sex workers to discuss the best practices for HIV prevention, care and treatment for sex workers in the country.

The Symposium opened with Sisonke members singing, dancing and chanting [video] “Viva sex workers’ rights! Viva!”. Sisonke is South Africa’s only national movement of sex workers. Speaking to Health-e Linda Dumba, Sisonke’s Limpopo Coordinator described some of the barriers sex workers face in trying to access basic health care services from discriminating nurses, “I once got to a clinic…I had an STI and I was explaining how I was feeling and she (the nurse) told me: ‘You come all the way from Zimbabwe and now you are giving us problems. You cannot even explain how you are feeling. How am I supposed to help you? ’I was trying to explain in English and I speak Shona. They speak another language. She ended up calling the other nurses. I felt embarrassed that every nurse knows why I am here.”

The Symposium sessions covered topics ranging from, ‘What we know about Sex Work’; ‘Cross-cutting Vulnerabilities of Sex Work’; and ‘Recommendations for South Africa’. However, the highlight of the first day was when the South African National AIDS Council (SANAC) CEO Fareed Abdullah presented the National Sex Worker Sector Plan. “Other countries which have brought national sex worker programmes to scale have shown a significant reduction in HIV prevalence among this key population”, Abdullah said in his presentation. This Plan, informed by sex workers themselves, provides a coordinated and multi-sectorial response to HIV prevention, treatment, care and support for sex workers in the country.

The second day of the Symposium saw Deputy Minister of Police Makhotso Maggie Sotyu fell just short of calling for the decriminalisation of sex work. “We [the South African Police Service] have more serious challenges than running after sex workers”, Sotyu told delegates. She also acknowledged the complaints of police brutality lay by sex workers, and promised to address these herself.