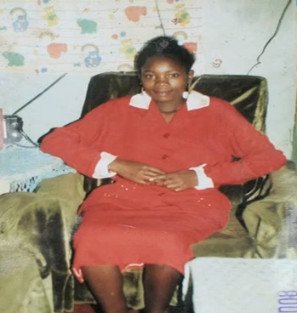 In 2010, eight sex workers were reported murdered in the tiny town of Thika (Kenya). Jacqueline Wambui (25) (photographed) was one of the victims of confessed serial killer Philip Onyancha.

On the night of February 2, Wambui met a client and went to a hotel called the Suitable Lodging House in the red-light district. Suitable Lodging House, although registered as a legitimate business, is primarily associated with sex work. “Wambui’s body was found naked and the neck broken”, said Mary Njeru, a businesswoman in Thika, who owns a brothel. According to Njeri, Wambui was the eighth sex worker to be murdered in Thika this year. One week before Wambui was killed, another sex worker, Hellen Nyambura, was murdered at the Rwambogo Lodgings, also in Thika’s tiny red-light district.

Peninah Mwangi the Executive Director of Bar Hostess Empowerment and Support Program (BHESP) was at pains with the killings and lead a demonstration to condemn the incidents in Thika. “Most of the sex workers operating in Thika have been traumatised following the recent killings”, noted Peninah. She lamented that sex workers have done no wrong and were just looking for a living just like other Kenyans. “We want all Kenyans protected as required by the law”, argued Peninah.

Following BHESP lead demonstrations and other advocacy measures like attending various TV and radio talk shows, two months after Wambui’s murder, a serial killer, identified as Philip Onyancha was arrested. Onyancha confessed to killing 17 women and told officers he had 83 more to kill before he reached his target of 100 slain sex workers.

Onyancha was senteced for 12 years for attempted rape and assault. However, his trial for the murders only begun in April 2014, four years after he confessed to the killings and five psychiatrists declared he was of sound mind to stand trial. The case is still pending.

Mysterious killer on the lose (sic) in Thika:
https://www.youtube.com/watch?v=TAOjTKLKrDU (video)
Uploaded on 19 February 2010
By NTV Kenya