On 28th and 29th​ September, more than 80 sex workers attended workshops including strategising for decriminalisation, migrant workers organising, a film night, and the first sex worker street protest in Stockholm, through the red light district to Parliament. 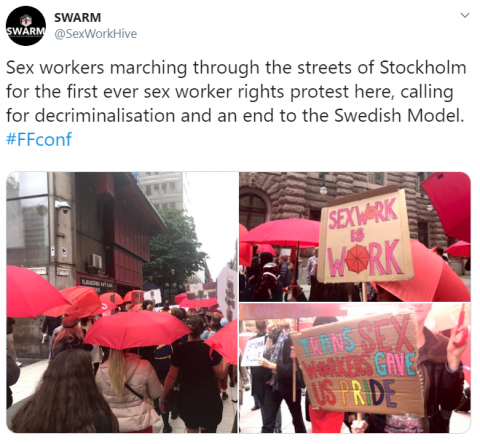 On Monday 30th, 140 people attended the main conference, with panel discussions covered a range of topics linked to the Nordic Model.

The panels ended with a discussion on Towards Decriminalisation, chaired by ICRSE and involving speakers from Lund University, Amnesty International, Decrim NY, Decrim Now/UVW, STRASS, Transgender Europe and Fuckförbundet. 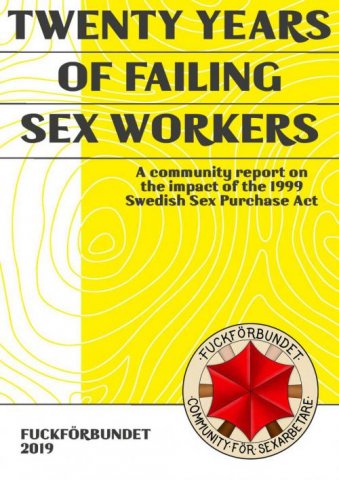 Fuckförbundet also released a report - Twenty Years of Failing Sex Workers: A community report on the impact of the 1999 Swedish Sex Purchase Act – to coincide with the conference. The report was produced by sex workers in Sweden and covers a range of topics linked to the implementation of the Swedish Model, including stigma, exclusion and discrimination, discourses conflating trafficking with sex work, interpersonal violence, access to healthcare, and the impact of ‘exporting’ client criminalisation to other countries, including France and Ireland.

The conference was supported by ICRSE and hosted by the Swedish Federation for Lesbian, Gay, Bisexual, Transgender and Queer Rights, after the original venue was forced to withdraw its support.

Read the ICRSE report on the event on their website. You can also read more about the conference by following #ffconf on Twitter.