NSWP Statement in Response to the Murder of Jasmine

NSWP is shocked and saddened at the news of the tragic death of Petite Jasmine, a friend, colleague and superb sex work activist who was brutally murdered on 11th July.  We send our heartfelt condolences to her family, friends and colleagues.

NSWP condemns the ‘Swedish Model’ that claims to protect women involved in sex work by criminalising clients. This paternalistic approach fundamentally denies women’s agency and marks a state stamp of approval on the stigma attached to sex work, a stamp that cost Jasmine her life at the hands of her ex-partner. Jasmine was a Board member of the NSWP member group Rose Alliance and was said by colleagues to be a “fierce activist” and “a mother figure to younger sex workers who looked to her for support and guidance”. Several years ago Jasmine lost custody of her children after it was revealed to state services that she was a sex worker – a revelation that led to her being deemed as an unfit mother. Despite Jasmine’s warnings that her children’s father was abusive in the past, social services carried out an emergency evacuation procedure and removed Jasmine’s children from her home and placed them in the care of their father. Jasmine continued to fight for the right to see her children through four court cases. In each case Jasmine defended her livelihood as a sex worker against court arguments that she didn’t realise that what she was doing was a form of self-harm.

You can download this statement in a 3 page PDF below. 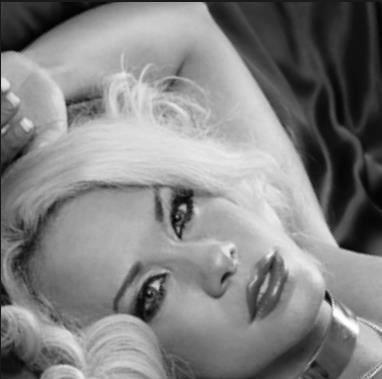 Despite Jasmine’s warnings that her ex-partner threatened and stalked her and displayed other signs of abusive behaviour (alongside previous convictions), state services denied her the protection of the law and instead chose him as a more suitable parent than her. The last time that Jasmine was arranged to see her son in July 2013, her ex-partner stabbed her to her death before stabbing a social services worker who was there to supervise the visit. In one last moment of maternal instinct, Jasmine made sure that her son was out of sight as she became aware of her ex-partner’s intent to become violent.

“I know who held the knife, but they might as well have put it in his hands!”

Proponents of the Swedish Model herald the legislative approach as one that signals to the world that Sweden does not condone violence against women. However the reality of the Swedish approach is far from protecting women and in fact, as the tragedy of Jasmine’s story illustrates, this model perpetuates institutional and systematic discrimination against sex workers. Sex workers in Sweden are denied the right to work and have free choice of their employment, and instead seen as victims by the state. This system is extremely coercive in that sex workers are forced to give up their livelihood to qualify for state support and/or protection; and those who do not wish to or cannot due to other factors are subject to further marginalisation, stigma and discrimination from the state and society. By denying the agency of women involved in sex work, women’s voices and experiences are being ignored and silenced by the Swedish Government and associated state services, leaving them pushed to the margins of society where they become increasingly vulnerable to violence and are afforded no police or other state protection in cases where their rights are violated. The Swedish Government has driven sex workers to work in this isolated space, where they are denied the fundamental right to live with dignity as the state perpetuates the idea that because they sell sexual services – they are less worthy of basic human rights. The Swedish Government must recognise that their system is failing women and is fuelling discrimination and violence of sex workers, carried out often with impunity. In the case of Jasmine particularly, where state actors have directly discriminated against a person based on their experience as a sex worker and constructed and orchestrated a situation whereby Jasmine and her children where both put in danger, we must hold the Swedish Government accountable.

Laws underpinned by morals and driven forward by ideological agendas are so far removed from the reality of sex workers’ lives that they fail the very people they claim to protect! Struck with grief and anger, sex workers across the world are now standing in solidarity to condemn the Swedish Model, a model and approach that justified the denial of Jasmine’s agency, voice and experience and ultimately failed to protect her from her tragic end.

“We will continue her fight… Justice for Jasmine!”

* Sex workers and allies are gathering in protest in over 31 cities across the world on Friday the 19th July 2013 to protest the deaths of Jasmine and Dora, both murders fuelled by working within systems that fail to protect sex workers and increase their vulnerability to violence. For more information please visit: